For traders, the concept of risk is a daily concern. In our latest Trader Travelogue, FX trader Chris Johnston took the concept and ran - or rather jumped - with it, as he embarked on the experience of a lifetime. He jumped out of a plane. For fun...

Plummeting towards Earth at 120mph with your life in someone else's hands is advertised as not only fun but is also a bucket list item for some people. It just so happens that I'm one of these people.

I had always thought I would tick this extreme bucket list item off over the expansive mountains of New Zealand, but had never got myself into gear to travel half way around the world to then jump out of a plane. Instead (and probably after my fiancee heard me bang on about it one too many times), I was gifted a tandem sky dive for Christmas, although this one over the fields of the Kent countryside, in Headcorn.

The day I was going to throw myself out of a plane was a May bank holiday Monday, weather reports were suggesting anything but clear skies and I had to arrive at 8am with a waiting time of up to six hours if the weather wouldn't comply. I was half gearing myself up to be disappointed in not being able to jump but miraculously the sky diving gods were on my side, both with the weather and the fact I made it out alive.

Setting off early for Headcorn Aerodome, a private airfield in the middle of Kent where I would be doing the jump, I felt a slight nervous anticipation. This feeling was similar to when I sometimes place a trade in the FX markets; a bit of excitement but with an undertone of "what happens if it all goes wrong?". I hadn't really given the jump much thought over the weekend and had slept well the night before. It was the 40-minute car journey where I couldn't do anything but let my mind wander and think about the upcoming jump over and over again that made me feel nervous

However, as soon as I arrived I forgot all about the jump, as unexpectedly the sun was shining and the small airport was a hub of activity. As well as the sky diving club (Headcorn Skydiving) there were people flying model airplanes, small two-seater planes taking off, microlights coming into land and overhead, and performing quite close to the ground; a show of aerobatic flying of those practicing their barrel rolls, loop the loops and knife edge manoeuvres. It was fortunate that there was all this going on as it made the waiting a little more interesting.

After signing in I was told to go to the briefing room for a half hour training session. The instructor giving the talk cracked a few jokes for those who may have been a little nervous and settled our minds with the fact he'd performed over 5,000 jumps and was still here. Because there were a number of us going up that day for tandem dives as well as those who were jumping on their own, we were allocated into groups on a little electronic board, which would then tell us if we should be kitting Up, heading to the plane or jumping. But what it wouldn't tell you is which order you would go up in. So then came the long wait...

It took about four hours from the time I arrived to the time I was kitting up. But we settled into the wait knowing that it could be a while. With the great weather and the free air shows above, it didn't feel like four hours, but by the end all I wanted to do was get up there and jump. It didn't help with being able to look up at those jumping above, straining your neck with a pair of binoculars; you could make out the jumpers as tiny black dots against the bright blue sky jumping from the plane above. Then waiting to hear the recognisable sound of parachutes opening that resulted in the sky filling with a multi-coloured display of the bright chutes.

I also met a member of my jump group in this time, a Maltese woman who was going on adrenaline-filled 80th birthday celebration, starting with the jump and ending with a few fast laps around the Brands Hatch race track a few weeks later. She said she was doing the jump for charity and had brought what looked like half of the population of Malta with her judging by the number of friends and family she had along to watch. All I can say is I hope I'm doing those kind of activities when I'm 80!

When the time came, we got kitted up into a simple boiler suit, hat and goggles, along with a step through harness to strap to your instructor. We then went and met our instructors and our cameramen, if we had chosen to film the jump. And that was that, ten minutes later we were trundling along the grassy airfield in a minibus to the end of the runway. The single prop plane then appeared in the distance, slowly getting louder and bigger, arriving with the huge 'jump door' open and an instructor sitting on the edge waving at us.

If there were any thoughts about backing out, now would have been the perfect time. Fortunately I didn't and although the others in my group didn't either, I could tell there were some nerves in a few. Our jump group was made up of three tandem jumpers, two with a cameraman, and four solo jumpers. Which meant we were cramming 12 bodies into the small space of the plane, fortunately only for 25 minutes. In that time I was almost borderline unemotional, something which is considered a good trait in trading, but then the excitement started to creep up on me as the clock ticked down closer to the moment when the plane would start emptying.

As I was one of the first on the plane, I was sitting just behind the pilot's seat and would be one of the last to jump out. Which meant I had the pleasure of watching the others disappear one-by-one until the time came for me to move forward and drop over the edge. And I didn't have to wait long for that moment either. As soon as the side door of the plane had been pulled open, it seemed around 20 seconds from sitting on the plane floor to freefalling through the air. A number of solo divers took off first, I saw them exit the plane and that was that, they had disappeared. It wasn't until the first tandem jump went, which happened to be the 80-year-old, did I see the full jump out the plane and then the duo plummet towards Earth getting smaller and smaller. 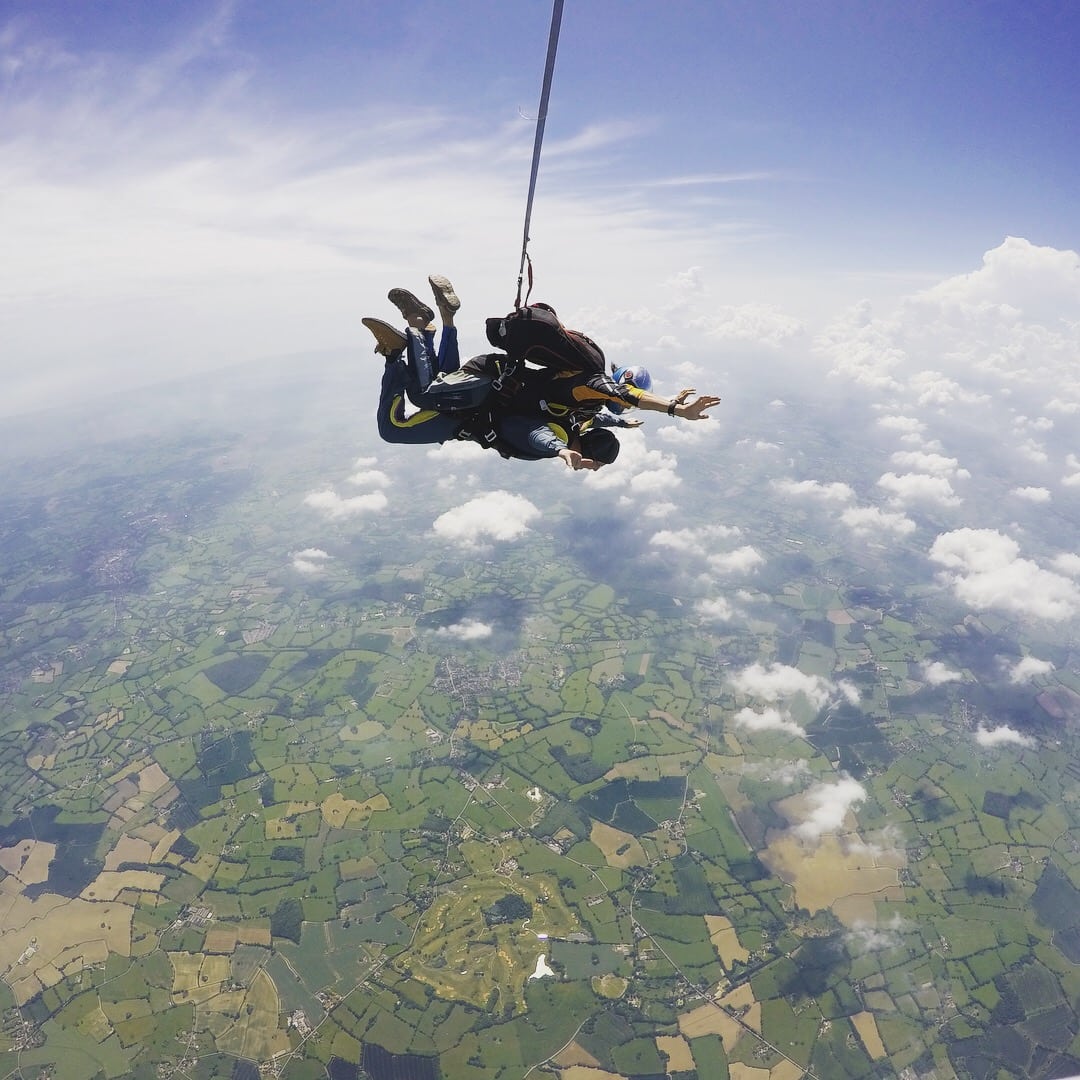 "I can tell you now, no trade I've taken ever got me this excited."

But then I didn't really have time to think about that much as the next thing I was the one shuffling up towards the edge. The cooler air hit my legs hard as I tucked them underneath the fuselage, and giving one last smile to the cameraman who was already hanging on the outside of the plane, we lent forward into the open air to meet Earth 12,000 feet below.

They tell you to shout as you drop out the plane because then it's easier to take your first breath after a few seconds apparently. Fortunately my shout was one of exhilaration instead of fear. I can't remember my stomach lurching upwards as I fell, as many say they feel, I think it was probably due to the amount of adrenaline my body had just hit me with. And I can tell you now, no trade I've taken ever got me this excited. The feeling of freefalling was strange and one I can't really describe, it was almost a state of limbo. It felt like you were moving, but it didn’t look it as the ground was so far below. All I knew was I was thoroughly enjoying it.

Because of the perfect weather I could see for miles as I plummeted. Although it felt like I didn't get that much time to enjoy it, as before I knew it my tandem instructor was pulling the main parachute (which thankfully opened fine), it was apparently around a 45 second freefall. To me it felt like five seconds!

The yank of the chute wasn't as rough as it looks, but enough to know you've just stopped travelling at 120 mph. The cameraman who had jumped with us continued to fall to get that shot of our chute opening. He would then continue to the ground to get ahead of us to film our landing.

Once we had settled into our parachute glide I could appreciate the views a bit more, with my instructor pointing out various things of interest. One of which happened to be a wild cat sanctuary, just the other side of the air field. He mentioned that you wouldn't want to accidentally land in there (for obvious reasons). I believe it was more of a problem for those newbie sky divers who apparently hadn't quite mastered the art of flying a parachute solo. I was told stories of people hitting the ground pretty hard or getting stuck in trees, and even my friends' parents, who live near the airfield, have had a number of people land in their field - about half a mile away from where they should have been!

Thankfully we didn't run into any of those troubles, even when the instructor gave me control of the parachute for a bit, and although it did seem very easy, I'm sure doing it solo is likely harder. We then completed a few circles to reduce our height before we were in on the home stretch, and managed to glide gently to the floor.

I think the first words out of my mouth to the cameraman when I stood up were "that was awesome; I would definitely do it again!", which is still true now, and I would definitely recommend it to anyone thinking about doing it or even those who haven’t thought about it. It’s truly one of those unique experiences and feelings.

On the minibus ride back I was sitting next to the 80-year-old lady (who thought the jump was a blast), who then turned to me and said she now planned on going back and celebrating her birthday with a few shots. Laughing away, I couldn't have agreed with her more as a great way to end an adrenaline fuelled day...

Want to follow Chris and throw yourself out of a plane in Kent? Head to headcorn.com 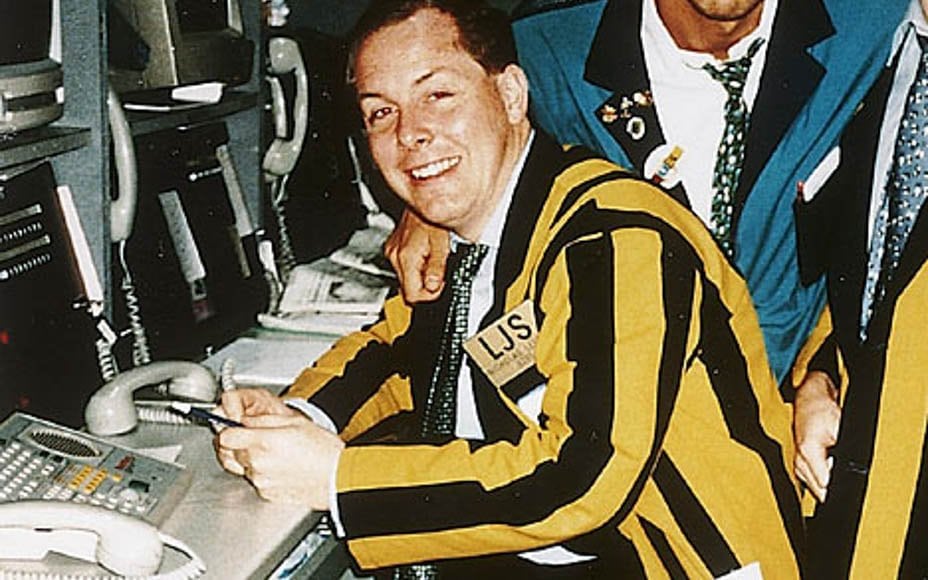 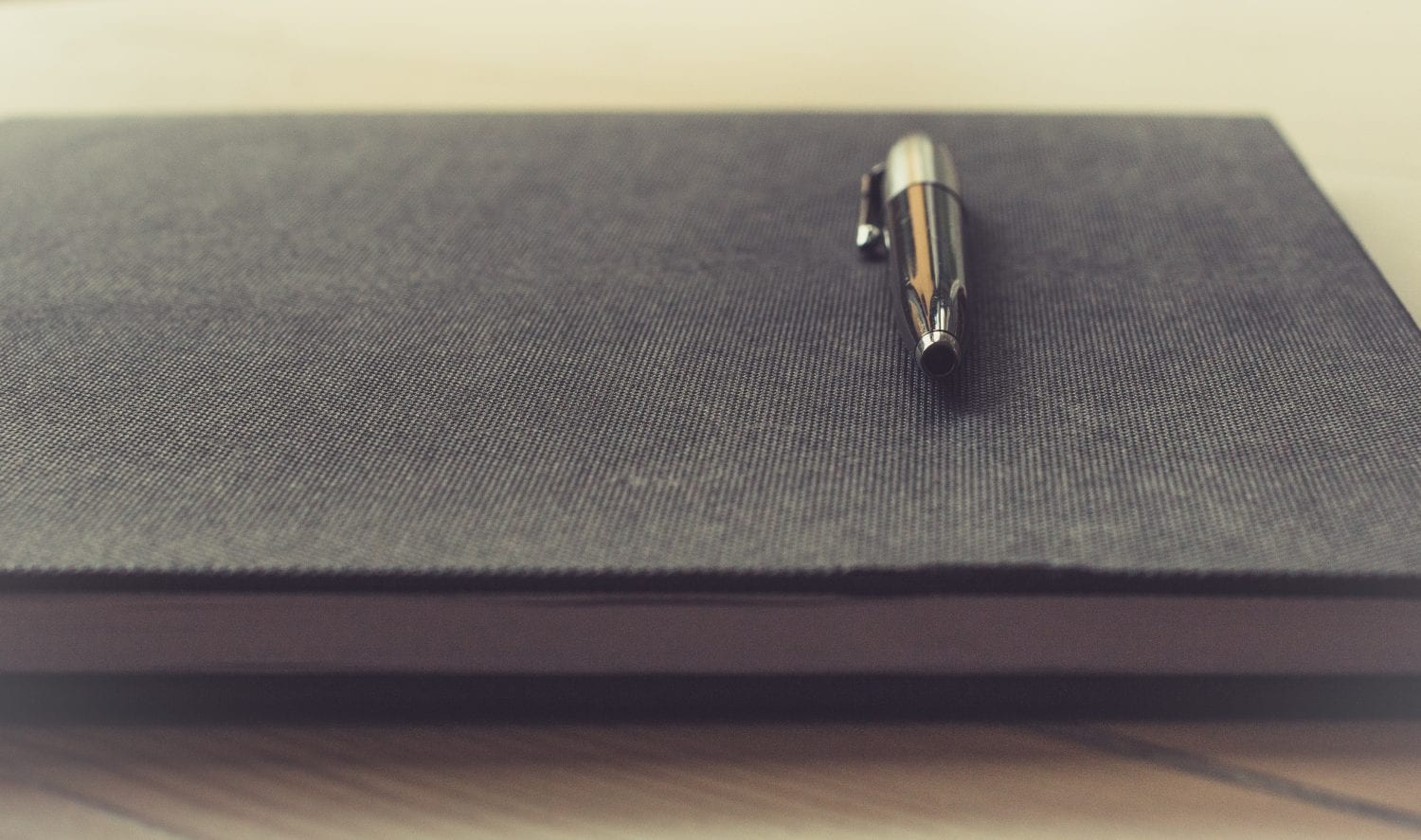 Secrets of Success: Top Tips from the ...