Unlike many of the traders featured on these pages, Kory Hoang is not a veteran trader boasting 10-20 years of experience.

Instead he's a relative newcomer to trading in these last few years, but has proven so adept at it that he's recently quit his role as a private equity analyst to trade full-time.

In this interview with host Aaron Fifield of Chat With Traders episode 152, Hoang outlines his overview as a retail systematic trader, explaining how he runs a number of algorithmic strategies that he has developed to run on various ETFs, ETNs and even some cryptocurrencies.

On interning at Merrill Lynch...

I went to University of Washington, I took a business degree and majored in finance and marketing. While I was still in school to get my degree I took an internship at Merrill Lynchin Wealth Management, near Seattle. That's really where I got my foot in the door in the financial industry and the investment industry in particular and that's where I learnt a lot about stock markets, financial markets, trading and all that. It became really fascinating to me ever since that day.

I was at Merrill Lynch for three months as an intern, tasked with basically shadowing other advisors there. One of the guys there, I remember I walk into that office one time and he was in this big glass office overlooking the ocean. I look in and there were screens and charts and all these cool indicators and everything and I knew from that day I wanted to be just like that guy.

On mistaking gambling for trading...

I actually started trading about three years ago. I was still in college at the time, had a little bit of spare money, I started to trade technology stocks, high gross stocks. I remember this one time I bet money on KNDI, Kandi Technologies, it was a Chinese clean energy vehicle company. But long story short, I made some good money on it initially, but then that company just didn't do very well and the stock kept tanking, I kept trading it and it just didn't go well at all. So I started losing money and had to take a break after while.

To be honest back then, it was just gambling. It's just seeing what's moving today, whats the top market movers and what are the major themes in the market today. One of the things I was researching back in school was clean energy, electric vehicles, so I thought I'd venture into that space and bet on a couple of stocks. It felt like gambling because I did not follow a system. I would think I would have a system but I would not follow it rigidly and it wasn't a scientific process. A scientific process would mean that you come up with an observation and you would create a hypothesis and then you would go out and you do your experiment, you collect your evidence. For then you analyse the result and make the decision. Is your hypothesis supported by evidence or not?

That wasn't exactly what I was doing. What I was doing was similar to a lot of traders that I see when they start out in trading or investing. They just have some sort of idea, or maybe they heard someone say this is a good stock or maybe they read somewhere they should maybe buy some stock when the RSI goes to oversold. And they would think it would make sense and they would go with it, without testing that idea, perhaps in a backtest or forward testing. They go right at it, it's just like gambling.

On turning to algorithmic trading...

It was in 2015 and there was a TED talk with Jim Simons from Renaissance Technologies. I was very intrigued by that TED talk because, here we have someone who is a mathematical genius, he's had a great career in academics and, not only that, he used his knowledge from there and went into the financial industry and started a hedge fund and managed to crank out the best returns that anyone had ever seen. And he did it all by using algorithms and following rules based processes. So to me that was what I needed to do, because I saw that as a scientific process that he was doing. To me he was a scientist, he was talking trading and investing in a very scientific approach and I figured if I imitated that process myself I would hopefully achieve the same sort of results.

On his first steps in algorithmic trading...

I would say the most useful tool that I ever came across was Quantopian. It is an algorithmic trading platform. It's open source: you can code your own algorithmic trading strategy there. They have a forum where a lot of quants and a lot of people who pursue that subject post a bunch of algorithms and things they've come up with, we would share ideas and collaborate together on strategies, it was a great place to learn. I started out learning, like everyone else who doesn't know how to code, you just copy and paste and put things together and making a 'Frankenstein' algorithm and run backtests on it and see if it will work.

You do that day after day, weeks after weeks, months after months, you start to get better at it. At the same time Quantopian offer a course, they have lectures on how to build Python-based trading algorithms. It's literally a full university course on quant trading, that's my impression on it. For someone who didn't have that kind of exposure it has a lot of help and it kick-started my journey into algorithmic trading.

What I usually do when I'm stuck at something is find someone who can help me figure it out, someone who actually knows how to code. First it was a bit difficult, because usually the people who know finance don't know how to code, and usually the people who know how to code don't know finance. So to find someone who has some sort of quality of both, was very difficult. I remember trying to work with a programmer who had no financial knowledge and it was ok and I tried to teach them what I did know and what I wanted my strategy to be. But it was very difficult; it was basically another learning curve for them that they had to tackle. For the amount of money I was paying them, it was obvious they weren't interested in pursuing that route.

But eventually when you have a forum like Quantopian, you can find collaborators very easily and when I started using the forum to reach out to people, to coders, to help me with my strategy. That's when one of my first breakthroughs came, when I found someone to help me implement one of my strategies that I had in my head. And he helped me lay it out in Python and I was able to observe how the Python code was structured and I basically reverse engineered and learnt it back from there.

On backtesting to going live...

I began coding strategies and backtesting since the start of 2016. And then it took me about 6-7 months to finally get comfortable enough to throw some money at the algorithm that I have coded. It wouldn't be a lot of money and I wouldn't even trade the whole amount, I would make the algorithm take a very small portion of that money. It was enough to test out my idea, do some walk forward testing and from then on, it helped me build more confidence. Because I can see that my money has been put to work by this machine that I built myself, and knowing how this machine works and seeing it in action, after weeks and weeks it built up my confidence to the point where you realize that this is real. I always read about this, heard about this and now I'm actually experiencing it.

I have two different types of algorithms that I run. The first one is an algorithm that I developed based on my observation and research into market anomalies. I call it my 'Price Anomaly Detection' algorithm. So what this algorithm would do is scan all available securities in a market and based on a proprietary metric I developed it would classify which asset at which time interval exhibits a price anomaly. Meaning if it has mean reversion properties or if it has momentum or trend persistent properties.

And of course this system will also help me identify assets that are random walk. According to my framework, I don't trade random walk assets. My algorithm indicates to me that about 95/96% of the available assets and time intervals out there are random walk. And it is not profitable for most people to come in and trade those assets because they don't have any edge, you can't trade something that is random. But about 5% of the stuff out there they do exhibit certain trends and anomalies that show up time after time, and it's those assets that you want to focus your trading on.

This is when I start using my second set up algorithm. The first one was the binocular 'Price Anomaly Detection', the second algorithm I call them my 'Rifles'. So this is after I have identified my prey, like a hunter I will take my rifle and hunt my prey, to put it in a simple kind of way.

On the secret to trading...

A lot of traders, they tend to think that the secret lies in the strategy. In the perfect indicators, in the perfect rules, in the perfect money management system. All those play a part in creating a successful strategy. But from my experience, that's not where the secret lies. It's not in the system that you traded, it lies in the asset. If the asset is random, there is no way you can ever try to make it work for you. Personally I have not found a way yet to trade random assets, but when you can find certain assets that exhibit certain patterns that keep repeating over time, you need to be a really big chicken to not go after that over and over again.

Want to listen to Kory Hoang's full interview with Chat With Traders? Listen here to Episode 152 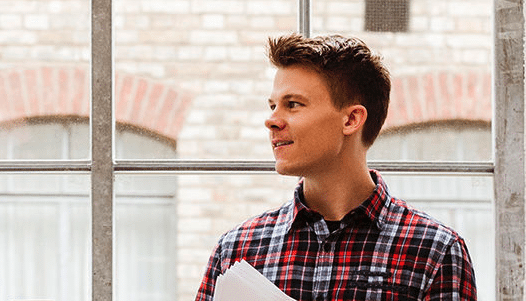 Pod Chats: Rolf Schlotmann on Being a ... 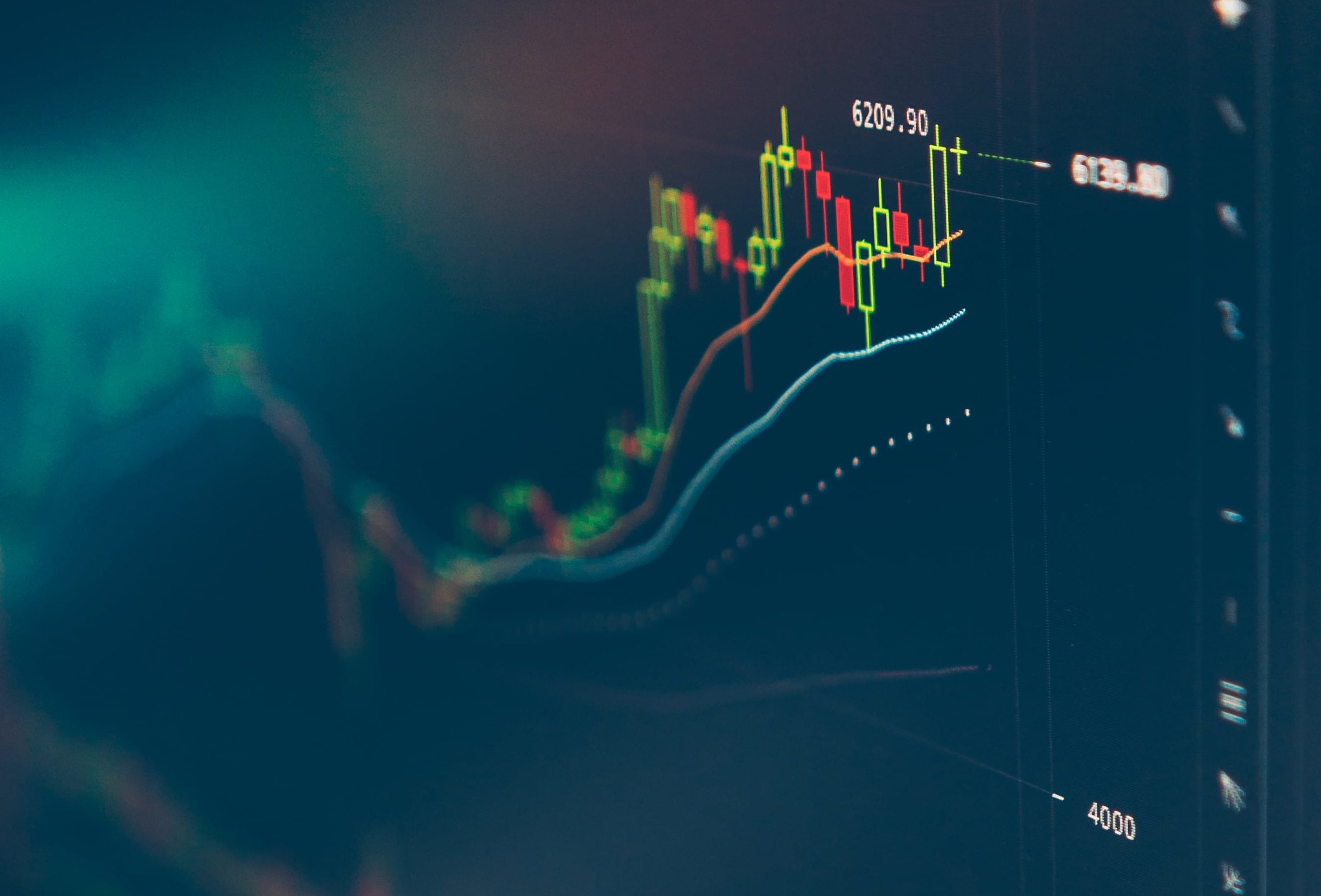