As well as regularly featuring on Bloomberg TV and the Daily FX Podcast, Tracey spoke to Aaron Fifield of Chat With Traders in episode 62, in which she discussed how she ended up ditching her route to law school and a home in LA in favour of following her trading dream in the windy city of Chicago.

Read excerpts below, or listen to the interview in full here...

I had to beg for my job because nobody wanted women, I was the only woman my company had ever hired.Tracy Shuchart

Well actually it's kind of a funny story. I was studying International Relations with an emphasis on Middle East politics and I thought I wanted to go to Law school, but didn’t end up going. So I took a job in sales selling medical supplies. Although it was great travelling all the time, I hated it.

I was living in LA, which was great, but I decided that one day I wanted to get into this business so I literally quit my job and moved to Chigaco, because that’s the place to be if you want to start in the Commodities industry. I had never been there before, so I just went for it. I pretty much knocked on every possible door - no one wanted to hire a girl for sure - I had to beg for my first job.

I started ground floor of a brokerage, which was pretty much your straight out of Boiler Room hack shop. In fact they even got shut down by the NFA. For something that happened long after I got there by the way. But I had to beg for my job because nobody wanted women, I was the only woman my company had ever hired. I started there, hacking away at basically 200 calls a day, asking mom and pop to trade options in futures.

I thought with my background, what I had studied, given I didn’t go to law school I could use that for trading oil. That was a good background for that, my father was in the industry so I was familiar with the industry, so it’s not like I just had no exposure to the industry or anything and decided to chuck my job.

On quitting her job

I just burnt out, I decided that I was wasn’t using my degree, I wasn’t excited anymore and I just wanted to make a change.

On getting a job in the industry

I wanted to learn from the inside out. I didn’t think I was ready to trade right away, I had no clue about trading, I didn’t want to take a bunch of courses, I thought the best way would be to get in the industry and try to get as near traders as I possibly could. Working at the Board of Trade everyday certainly was that, and exciting.

I worked my way from a broker to actually working on the trading floor. For me that was an invaluable experience, I just felt that having no experience in the industry, that I wasn’t ready to jump right into trading. Not that other people shouldn’t do it, not that everybody has the opportunity to move to Chigaco and get in the industry. This was also at an earlier time, it wasn’t this day… you have to remember this was a lot earlier when people still had brokers and what not.

On moving on from the ‘hack shop’

My next step was to move to a broker that was a really well-known broker. And then from there I moved to the trade floor and clerked for a trader who was in Fed funds. Then when the market crashed and rates went to zero, we moved to the Grain floor because there really was no business left to found in Fed funds. Then I was head of the trade desk there. I kind of moved from clerk to head of trade desk in the Grains room, and then we moved over to the Bonds room.

On writing a wrong order on a ticket

Oh that was at a brokerage. That was like one of my first trades. That happened several times on the floor, not by me though. Yeah, I just started and it was an options trade… there was a specific way to write the trade - this is before you really traded options on screen - the liquidity still wasn’t there, so you called down to the floor.

Like I said, this is back in the day. You’d have to write the ticket, send it to the guy on the floor, you coordinate with the floor broker and the broker executes it. So being brand new, I wrote down the order backwards, and it was my first Crude trade. And the trade ended up becoming a $30k winner from a loser! I just kind of held my breath on that one, not that it was a good idea. I was brand new, scared to death to call the client, scared to say I wrote your order wrong because really writing the order wrong means that you’re responsible, it comes out of my pay cheque. So I sweated out and it ended up being a $30k winner for the guy.

At the worst of it I was down like $5k, but you have you understand, one of my first trades, I was thinking how am I ever going to make $5k to cover this trade. Literally it was right at the beginning of my career and you’re working on commission only, I barely had any clients. Sweating it out wasn’t the smartest decision in the world, it ended up well. And, after that, I completely fell in love with Crude and have been trading crude ever since.

On the trading desks at CBOT

When I was the head of the trading desk, we were basically a floor broker, instead of retail we executed for hedge funds and what not. So I wasn't dealing with retail anymore which was nice. They would call us, we would give them trade refs, or they would call in with their own trades, I would give them to the broker who would execute them on the floor.

It was kind of being in the middle of being a broker to sort of trading as we also had trade strategies we had to give to these people, and you’re on the trade floor which is very exciting. Even when it started to dwindle when I left in 2012, it's still exciting to be on the trade floor. Every day was a new day, every day was moving so fast, there was so much room for error but yet everything works like a well oiled machine which is pretty incredible.

Well the floor was kind of dying and I was trading Crude on the side, in my own personal account. I had gotten more comfortable with trading, trading options and then futures. So then my next step was, instead of going out on my own, I got a job with a prop firm. Which I highly recommend if you can get a job at a prop firm, any new trader if you don’t have an account large enough or want to be a funded trader, it’s a really good experience, it forces you to be really focussed and not to do stupid shit really. As you’re trading somebody else's money, and you have somebody looking over you and you know they are monitoring every trade you make.

It helps you become a little bit more disciplined in your trading if you’re a brand new trader. After I outgrew that experience was when I moved out on my own.

On her approach to markets

I guess I’m what you define a technical trader, I trade technically intraday, but I also have solid knowledge of fundamentals, because (some people will disagree with me) trading the oil market, it's invaluable to have that fundamental knowledge if what is going on and to be able to swing trade it or day trade it. It also happens to be a passionate subject of mine. I like to know what’s going on in the market.

What I tell my students is, what you want to do is get in the habit of making the same trades over and over, make it a system, make it a no-brainer because your worst enemy is always going to be your head. You’re going to find a million reasons not to make a trade, especially if you’re new, because you’re scared.

On the components on her system

On why she’s focussed on one market

I just fell in love with the market, in all respects, fundamentally, technically. I have traded pretty much everything, including oats. But my main market has been crude. Some people can trade a million markets at once, personally I can’t trade more than two markets at one time.

Want to listen to Tracy Shuchart's full interview with Chat With Traders? Listen here to Episode 167 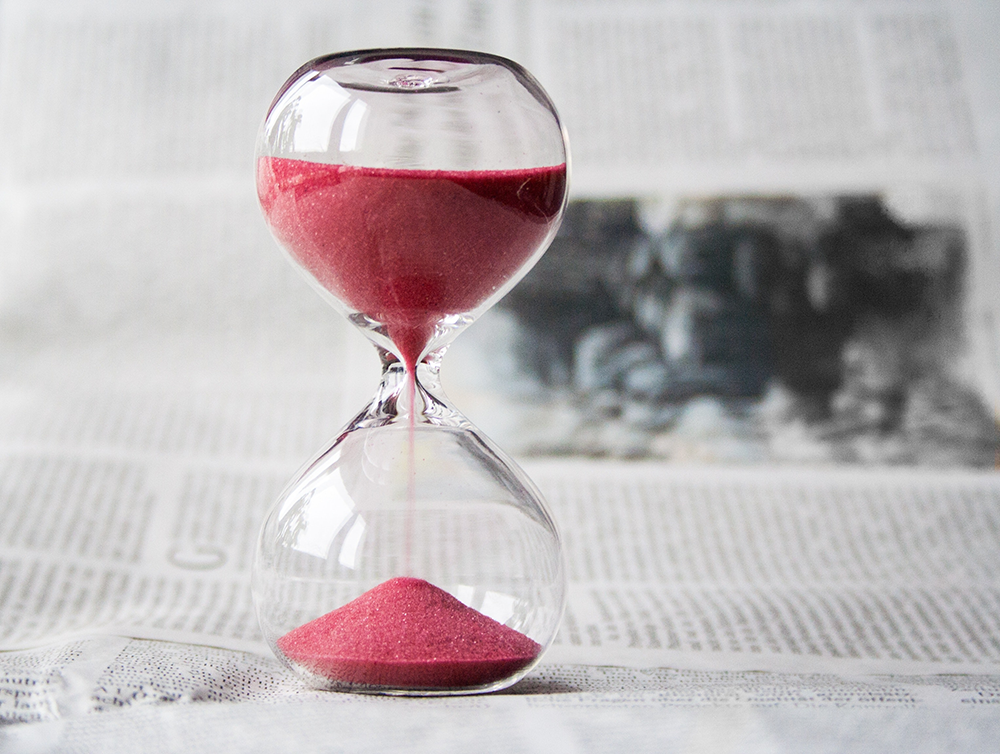 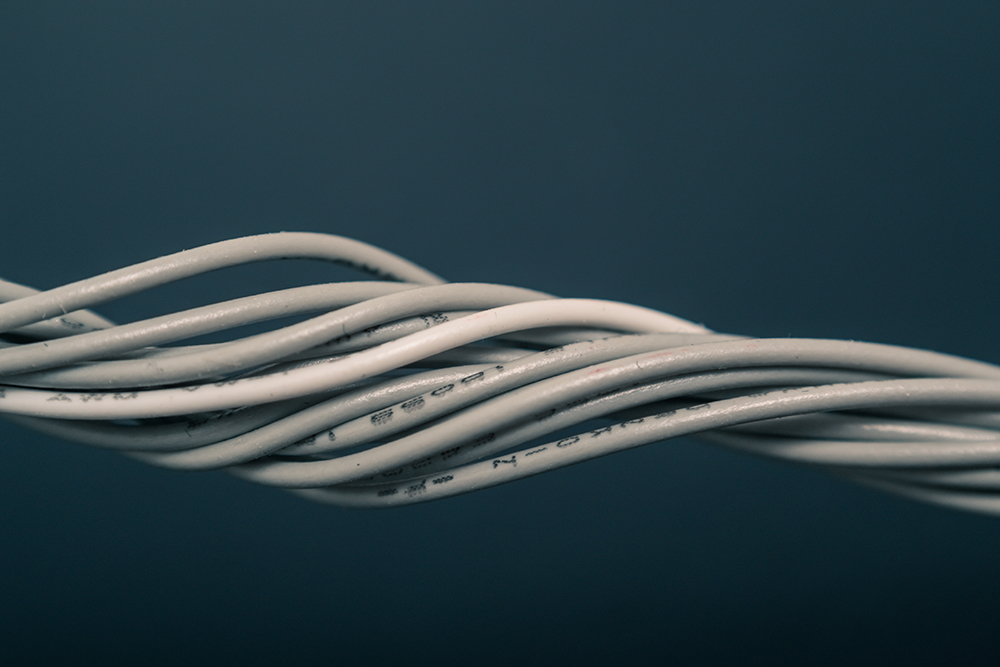