1st of April, AKA ‘April Fools' Day’. A day of salt in the sugar bowl, Kick Me signs, cling film on toilet seats and an abundance of annoying phone calls.

Whether you’re after an idea for a prank or just a reminder to keep your eyes open (and not believe everything you read) so you don’t caught out, it’s here in our rundown of the best April Fools' Day pranks of all time...

On the 1st April 1998, Burger King published an ad in USA Today announcing the newest item on their menu: the Left-Handed Whopper. The ad stated that the revolutionary burger, specially designed for the 32 million left-handed Americans living in a right-handed world, would include all the same ingredients as the original Whopper, but rotated 180 degrees.

Clearly the "lefties" of the world had been waiting for something like this, as thousands of customers requested the Left-Handed Whopper on their next Burger King trip...

On the morning of the 1st April 1976, astronomer Patrick Moore was part of a particularly convincing prank on BBC Radio 2. He reported that at 9:47am, a once-in-a-lifetime astronomical event would take place when the planet Pluto passed behind Jupiter. He told his enthralled listeners that this would reduce gravity on Earth, and that if they jumped in the air at precisely the right moment, they’d experience a strange floating sensation.

Either he had a lot of friends in on the joke or people bought it, as hundreds of listeners called to report having felt the sensation. One woman even claimed that she and her 11 friends had floated out of their chairs and around the room. Maybe she was trying to get her own back with an April Fool of her own...

Twitter caught out users in 2013 when they published a blog post announcing a change to their service. They claimed that they were shifting to a two-tier service: everyone could use their basic service, Twttr, which only allowed the use of consonants. In order to use vowels in your tweets, you’d have to upgrade to the premium ‘Twitter’ service for $5 a month. Apparently it was part of Twitter’s long-term aim to encourage a more efficient and “dense” form of communication.

The BBC cooked up another elaborate hoax on the 1st April 2008, announcing that camera crews filming near the Antarctic had captured footage of the very first penguins in the world to learn to fly. Their explanation, by presenter Terry Jones, was that instead of huddling together to keep warm over the winter, the penguins had enough of the cold and decided to jump ship, flying thousands of miles to South America where they “spent the winter basking in the tropical sun”.

They even made a video clip to support the hoax, which went on to become one of the most viewed videos on the internet. Maybe this year they’ll try to convince us pigs can fly...

In 1996, Taco Bell pulled out all the stops, taking out full page adverts in six major American newspapers announcing that they had purchased the iconic symbol of American independence, the Liberty Bell, in an attempt to “reduce the country’s debt”. In a separate press release they explained the ‘logic’, describing how Taco Bell’s heritage and imagery revolved around the symbolism of the bell, so it made sense for them to own “the crown jewel of bells”.

Both Taco Bell and Philadelphia’s National Park Service, the ‘previous owners’, received so many complaints that they issued another press release within a matter of hours admitting to the joke, presumably to avoid any further hassle. But it was worth the trouble: Taco Bell estimate their joke earned them millions of dollar’s worth of free publicity.

In 1981 the Daily Mail came up with a hoax story about a Japanese man who entered the London Marathon thinking it involved running for 26 days, not miles. Supposedly, he completed the actual marathon and then continued running, seemingly oblivious to the fact that he was running alone. A man was even spotted running just outside of London, ignoring passers-by who tried to get his attention in his determination to finish his ‘marathon’.

The whole story turned out to be a joke (naturally) and the man who was spotted running was just a ploy to make it more believable.

In 1962, before the days of colour TV, Swedish viewers were tricked by television station SVT, who claimed they had found a way for people to view colour images on their existing black and white sets. Their convincing “technical expert” Kjell Stensson described in highly technical terms how a fine-meshed screen placed in front of a black and white television screen would cause the light to bend and images to appear in colour. He suggested that nylon stockings were the perfect fabric to use.

In 1994, Computing Magazine published an article about a Senate bill that was set to ban surfing the web while under the influence. They described the Internet as ‘an information superhighway’, and claimed that Congress “think that being drunk on a highway is bad no matter what kind of highway it is”.

The article fooled more than a few readers, but fortunately for web surfers ever since, the ‘internet drinking ban’ turned out to be a hoax.

Virgin Atlantic fooled customers in 2013 when they revealed their plans to make glass-bottomed jet planes. Images of the new design were broadcast far and wide as the next “world-first” creation for Virgin, with opinions divided on whether it was a genius idea or the stuff of nightmares.

Virgin boss Richard Branson is partial to a prank or two: he was also behind the creation of a hot air balloon built to look like a UFO which caused chaos on 1 April, 1989. A team of policeman were sent to investigate the glowing flying saucer, one of whom admitted “I have never been so scared in 20 years of being a policeman.”

We wonder what Branson has up his sleeve this year...

Car companies love an April Fools' Day hoax, and our favourite is SEAT’s trick in 2008. They generated images and a press release of a brand new, groundbreaking ‘electro reflective’ exterior panel finish which would camouflage a car by mimicking its surroundings. The development was said to have been inspired by the Aston Martin Vanquish driven by James Bond in ‘Die Another Day’.

They failed to offer any helpful advice on how users would ever find their car again once they’d parked it...

In 2014, Samsung unveiled their plans to make universal free Wi-Fi a thing - by repurposing pigeons. The plan was to strap micro-routers to the back of all the UK's pigeons, who would then go about their daily lives unaware that they were providing Wi-Fi to people all over the country.

The cleverest part? Pigeons' hollow legs would allow for an electric charge to flow up into the micro-router, re-charging the network every time a pigeon stopped for a rest on a power line. Someone really put a lot of thought (and time) into this one...

Also in 2014, Microsoft announced the return of everyone's favourite trusty Office sidekick: Clippy. Clippy was an Office assistant who popped up on Microsoft's productivity suites to offer pretty much useless advice and friendly comments - remember this little guy?

Most of us immediately removed the annoying anthropomorphised paper clip from view, and so Clippy was retired in 2003. But last April, he made a brief return as Microsoft's April Fools' Day joke and the Twittersphere turned all nostalgic. Deep down, a part of us is still a little sad that this one wasn't real...

And last year, McLaren fooled plenty of us with plans for their new high-tech Pit Crew Perspiration Preventer, also known as the #McLarenSarong.

The sarong would use F1 telemetry to regulate body temperature via a constant stream of humidified cooling air to keep mechanics cool. And that wasn't the end of the (pretend) plans.

Additional items of apparel include a traditional kimono-style anti-precipitation jacket for the Japanese Grand Prix at Suzuka, titanium-plated cowboy spurs for the United States Grand Prix in Austin, Texas, and a revolutionary uncured soft-weave carbonfibre sombrero, to be introduced for the resurrected Mexican Grand Prix. Good one... 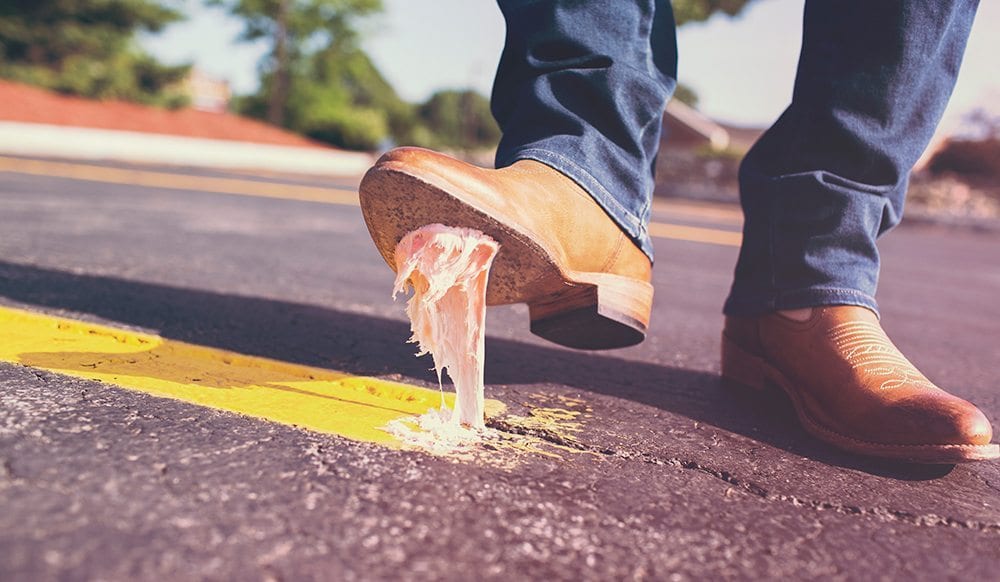 9 Infamous Pranks from the Trading Floor 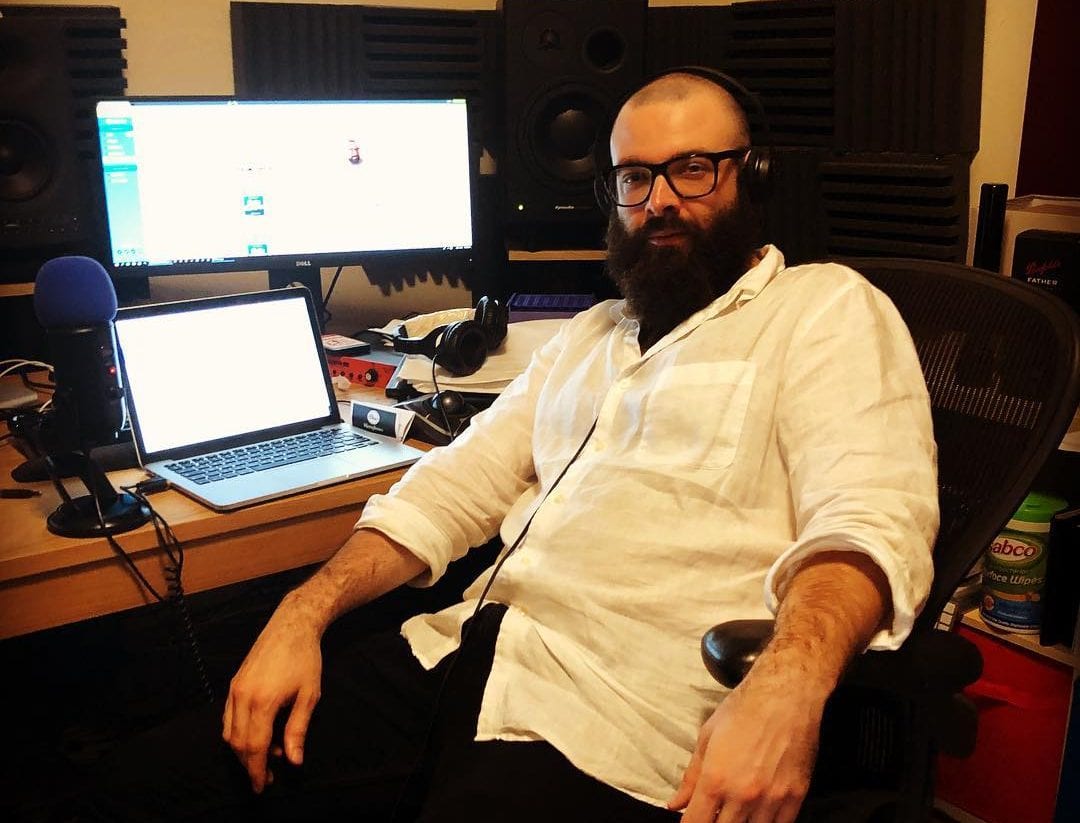