After investigating the impact of Covid-19 on the financial markets and comparing it to other market events & pandemics [HERE], we wanted to understand whether there has been a similar impact within the property markets.

‘Safe as Houses’ is a well-known saying, but is it really true? Bricks and mortar is generally seen as a safe bet, but as the 2008 credit crisis showed, property can take a hit too. We delved into the UK housing market, sieved through the data and saw how property has fared throughout the last 30 years all the way up to the start of 2020 and the unprecedented global Covid-19 pandemic.

The UK Government has a pretty good data set when it comes to tracking property movements, primarily through the Land Registry. Although it’s only been since 2005 that we can start to break the data down further into the different types of property (e.g. flat, detached etc.) by price and number sales at a monthly level.

To understand and determine the effects on the property market we take a look at several data points from 1968 to March 2020, primarily average house prices and transaction volumes. And do so across a few selected time periods:

Firstly, we take a look at the most recent events and the impact of Covid-19 on property, now that the market has cautiously opened up. 2019 was an ok year for property with average prices gaining c. 1.6% across the UK since the start of the year, but in October, prices were starting to tail off and dropped c. -0.75% to end the year.

Although January 2020 saw growth of 0.44%, it is below the average growth seen in the first month of the year when comparing growth rates since 1968 (c. 0.9%). And February and March tell a similar story. Usually the market moves on average 1.05% and 1.2% respectively, however in light of the pandemic house prices fell -0.3% in February and another -0.2% in March. 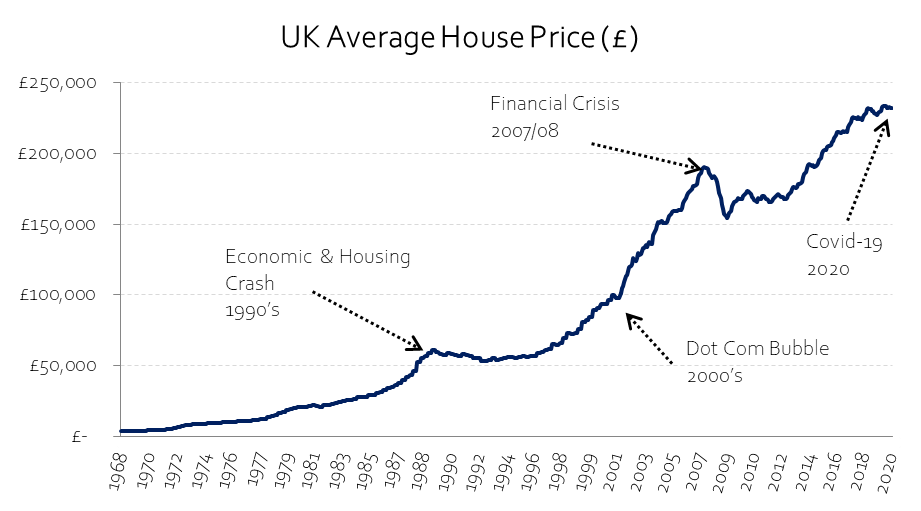 The volume of sales reflects a slightly different story in 2019 however. Probably due to the lowering of prices and the end of BREXIT in sight, volume of sales went up on average 20% month on month across the year.

According to the latest Land Registry data, no new transactions were recorded in February or March but volume of sales had already fallen by 21% from December 2019 to the start of 2020. Usually the trend for ending the year rolling into the next is that the number of transactions do fall and then pick back up again at the end of Q1. The average change of transactions in January since being recorded in 2005 is -26%, however March sees an average increase of 22% of sales, closing out Q1 with an average -1% in sales volume. So the start of the year tends to be a changing one when looking at average sale volumes.

At the time of writing it is now June and statistics of how April & May performed during this time are also yet to be reported. So we will be keeping a keen eye on when these stats to be released to see if the property market has stuck to its trend or whether it took a hit anywhere like the financial markets did and whether the lowering of interest rates had any effect to stem a fall.

The next big event to dive into is of course the 2007/2008 financial crisis, and property played a key role in this, albeit on the debt being issued for property, which at times was being provided at a 100% LTV, and across multiple properties. 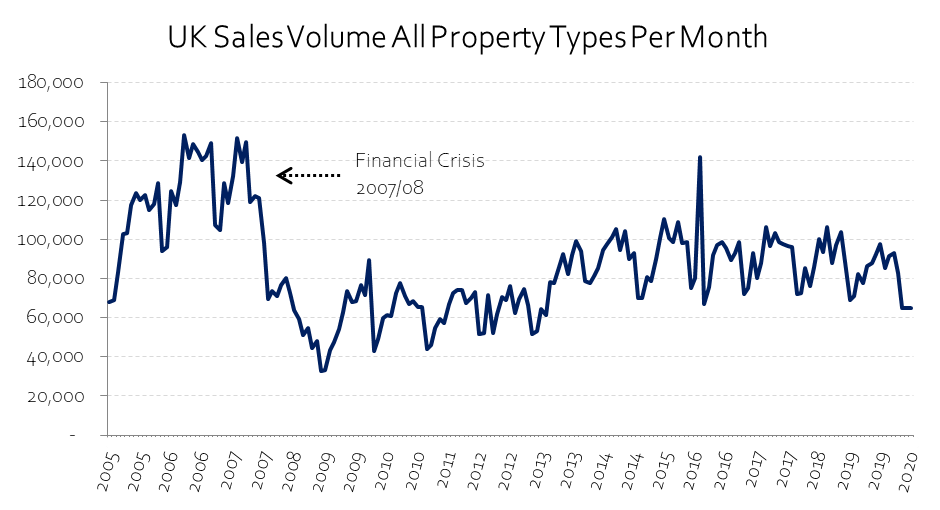 As expected property got hit hard, but before the credit crisis hit, house prices were on the rise (£90k in 2000 to £185k in 2007), the number of transactions peaked at over 153k in a month (compared to the average of 78k after 2008) and interest rates were the lowest they had been since the 1970’s, between 4-5%. This ‘great time’ to be in property got the shock of its life, by the time the dust settled, prices had fallen over 20% and transactions had dried up to a low of c. 30k a month, around 80% less than a year and a half earlier. The market essentially saw 18 straight months of price decline and it would take until mid-2014 until prices reached previous highs, around 7 years of recovery.

The early 2000’s was before the Land Registry started to record transaction volumes, so we’ll focus will be on the effect the Dot Com Bubble had on house prices.

Before the turn of the century, the UK was recovering from a previous economic and housing crisis in the early 1990’s. And recovery had been slow and had only started to see promising signs of house price growth. So did the Dot Com Bubble reverse the slow recovery? It turns out it didn’t, and in fact it seemed to be just the thing the housing market needed to shoot up from almost a decade long period of stagnant prices. It’s likely the Dot Com Bubble fuelled the rise to new peaks as people rushed to put their money into something seen as a little more stable instead of a stock market that had just dropped over 75%.

Also interesting to note that interest rates were still at a record low at around 5-6%, which was also likely a contributing factor to price increases. 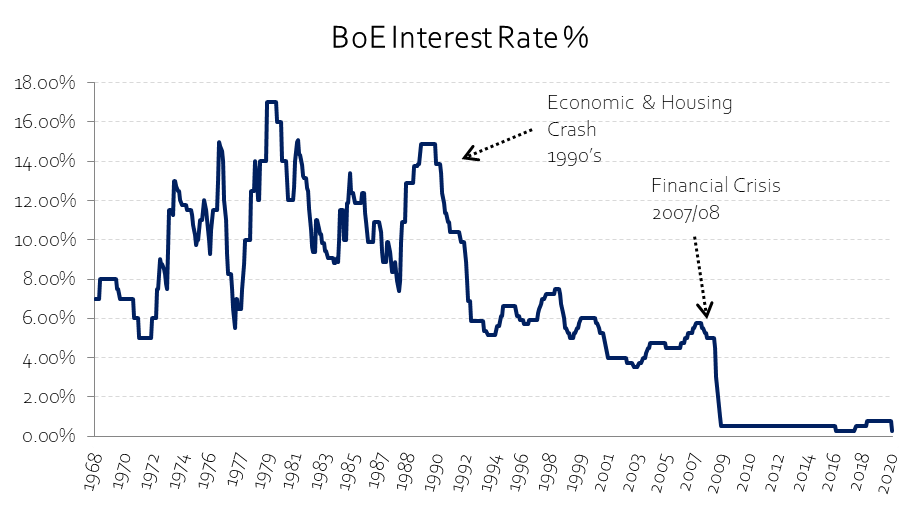 The last decade of the last century before we entered the new millennia didn’t start off too well for the UK. A recession hit in 1991 which was primarily driven by high interest rates, an overvalued exchange rate and falling house prices.

As previously mentioned above, the recovery process took most of the decade before the property boom in the early 2000’s. What can be seen however is that although prices fell and seemed to stagnate, the percentage decrease wasn’t as sharp as the financial crisis for example. Towards the end of the year in 1989 the average house price rose to new highs of £60k, however soon begun to decline. By the end of 1992 prices had dropped c. 12% to c. £53k and it wasn’t until 1997 that prices then managed to scrape past that £60k average house price.

The UK House Price Index (HPI) uses house sales data from HM Land Registry, Registers of Scotland, and Land and Property Services Northern Ireland and is calculated by the Office for National Statistics. The index applies a statistical method, to the various sources of data on property price and attributes to produce estimates of the change in house prices each period. 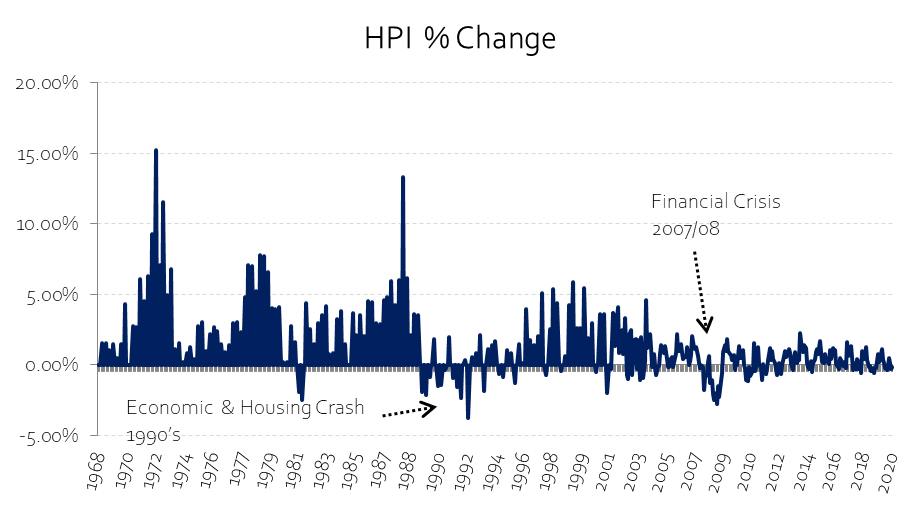 Although the index itself broadly aligns to actual house price growth over time, it’s the percentage change we thought we would highlight, in particular the 1990’s housing crash vs. the financial crisis. It’s interesting to note that the percentage drop of the HPI during the early 1990’s was more dramatic and lasted longer compared to the 2008 crisis, however when looking at actual prices, the 2008 crisis was a much more pronounced drop whereas early 1990’s seemed to fall at a slower rate and took until the end of the century to start recovering. 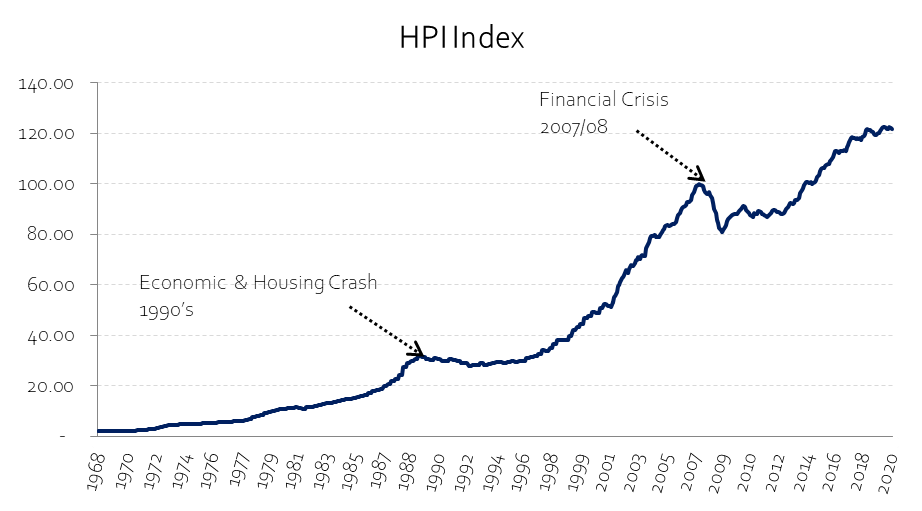 Date Sources:
• Land Registry: landregistry.gov.uk
• Price data from end of 1968.
• Sales volumes not started until 2005.
• House Price Statistics [HERE]
Note: The house prices at a country level doesn’t reflect the variance of price fluctuations seen in different parts of the UK at different times, i.e. London is often seen as inflated compared to cities elsewhere across the UK. 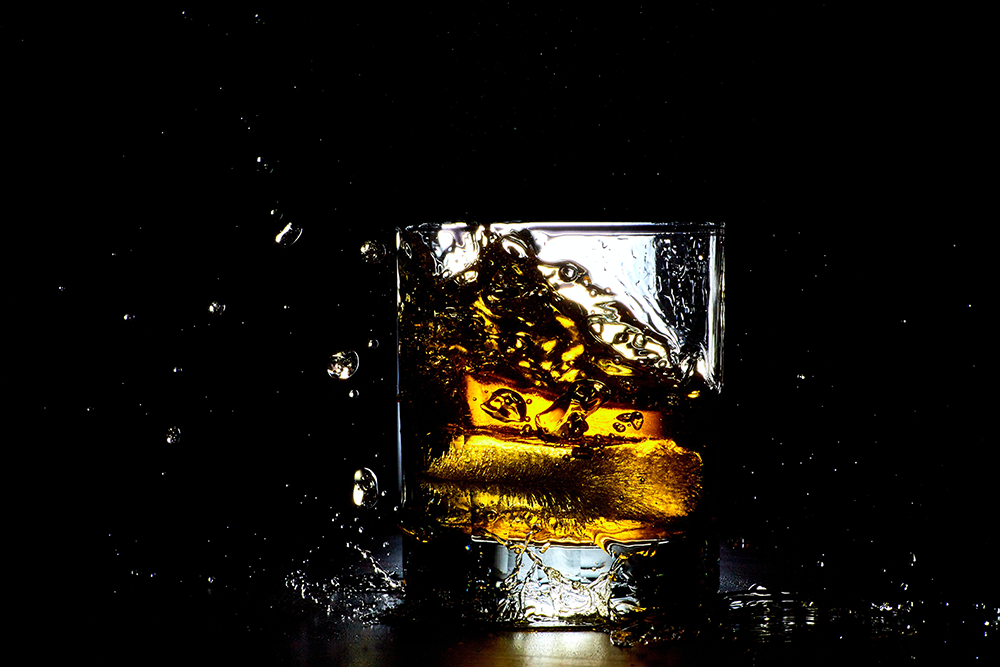 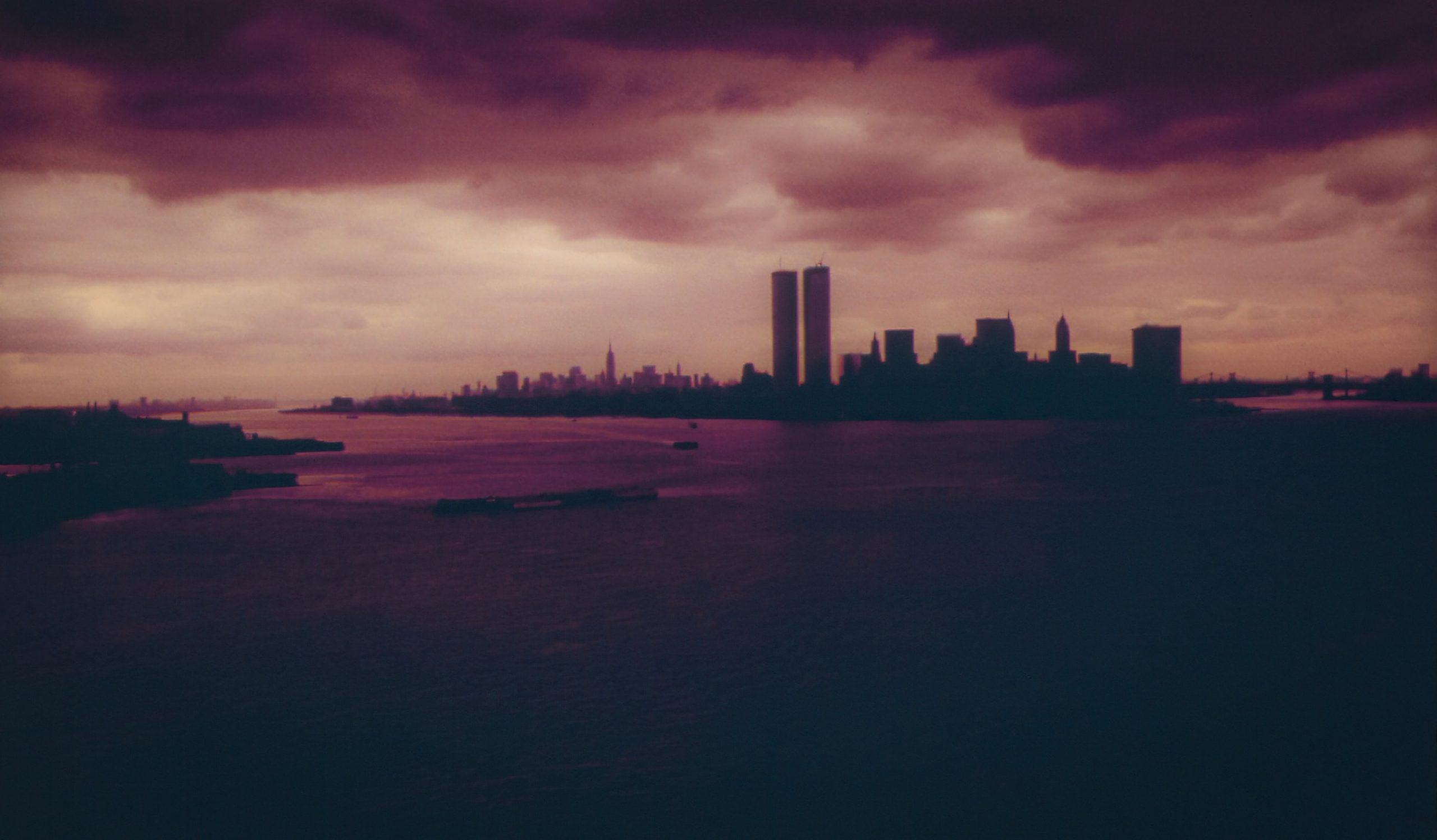