Pod Chats: Dr Thomas Starke on the Rise of AI

Dr Thomas Starke is a man of many impressive traits. His CV boasts a Physics PHD, a stint as a Rolls Royce engineer, some time as an Oxford Uni lecturer, and a job designing microchips. Now, he applies his know-how of modelling to financial markets.

Recently a Quantitative Developer at a Sydney Prop Trading firm, as a trader he is now contracted to various funds. Find out more about his current projects at aaaquants.com.

In this episode of Chat With Traders, he discussed with host Aaron Fifield the topics of quant trading, strategy development and robustness, and his infatuation with disruptive technologies; artificial intelligence and quantum computing.

On his lead into trading...

I’ve did a physics PhD in the UK, then I was part of a start-up company in Wales developing microchips. From that I got a position at Oxford Uni and did research and some lecturing, and got more and more into computer modelling. Doing that work at Oxford I also got a call from Rolls Royce who were interested in me doing some work for them. I spent my time at Rolls Royce developing airplane engines, but I realised that the big stuff wasn’t 100% for me, so I moved back into microchip design - I was always more interested in the small things. This took me to Australia, working on some of the developments of the world’s fastest ink jet printers. During that time I developed an interest for trading.

Initially I had done a bit of day trading before, whilst doing my PhD, to support my small salary there and that was pre-2000’s, so the times were pretty good for some intraday trading. I started this during my time in Australia, I just thought I’m building all these computer models, I’m using lots of data, why should I not try to build some models that could trade for me on the stock market automatically? So basically build a robot.

So really that was my beginnings and finally I came up with some interesting models, I hooked them up to my broker and ran them for a while. Whilst doing that I travelled the world and learned more about trading until eventually I ended up getting some jobs in the financial industry.

On his past and current strategies...

Initially I started with much more trend following strategies because that seemed to be the most obvious thing. And so I initially built those, first for just a few different instruments and then for a larger universe of portfolios. So I learnt how to assign and calculate position sizing correctly, and then until recently I moved into a factor modelling type approach with my strategies. So I look at (pools) of stocks, find some sort of correlation with the returns of these stocks and then I rank the stocks accordingly and trade those according to their ranking. And also assign portfolio positions according to their ranking.

Some of them look at price action, but more and more I moved away to alternative facts because it’s quite well known now that price action gets harder and harder to trade on. I get quite a bit of inspiration from academic papers, but also from some of the blogs. Recently I was really interested in different types of sentiment and how you could trade that. There are also interesting factors based on machine learning - you could, for example, train a machine-learning tool to basically take different price actions of different assets and then see how this can predict returns in your underlying assets. Sometimes you find quite interesting behaviours there. Now I found that machine learning by itself, mostly, you cannot run a full strategy based purely on machine learning, there has to be other factors as well. But machine learning itself definitely makes for interesting factors in my models.

On the use of satellite imagery...

There are several providers of interesting alpha factors out there now. Some of the more well-known factors you can get from these companies are for example, stuff like coverage of cars in carparks in front of big retail stores, or oil refineries, using satellites imagery you can figure out if those oil refineries are really full or empty and then you can say something about the industry as a whole and get some interesting data.

There’s things like satellite crop data that are very interesting. A lot of what I’m more interested in now has to do with satellite imagery and what you can do with that. At the moment I’m still working on some of those models, it takes quite some time to really get them to work because it’s an incredible amount of data you have to sift through and it takes time for the computing to then correlate that to what you think it is correlated to. It’s definitely very fascinating.

On AI in financial markets...

AI is definitely something I’ve got more and more interested in recent years, simply because it’s one of the big up-and-coming technologies. And it’s already been used very successfully in many other fields. Google and Facebook for voice and face recognition and so on. A lot of people in the space of machine learning and AI think that "ah all we need to do it get a whole lot of data and apply them to all machine learning systems and then we can predict the market". But unfortunately that’s not quite the case, because unlike face recognition, the dynamics of the stock markets change, whereas the dynamics of human faces may change over hundreds of thousands of years, but definitely not over hours or minutes. So in that sense, using machine learning for financial data sets is a much harder problem.

And I’m not aware of many systems that use pure AI to actually make full trading decisions. I know there is some of it out there that is running and that probably produces some decent results, but considering all the hype that’s out there, I think we’ve still got quite a long way to go before we start to see fully-fledged AI systems running automated trading strategies. Ultimately, underlying most strategies there is still some economic rationale of some sort and they’re not purely driven by artificial intelligence. But having said that, those systems get smarter and smarter and people come up with more ideas. And I definitely won’t rule out that those systems are coming soon to rule the markets, I have a very strong feeling that sooner or later that these systems will come in and make trading decisions on a regular basis, within ten years.

On AI's impact on regular traders...

I think that the markets will definitely become a lot more efficient through it. It will definitely become a bit of a robot wars. However I think where there are difficulties there are opportunities. I can see that there will be a point where people start using robots, and perhaps a lot are using the same or less dumb robots, and there comes a point where humans can see patterns again that weren’t there before as they were caused by the robots. And then of course a savvy trader will find new opportunities in that market to deal with the robots somehow. It’s not something I can say for sure, but I could see this happening.

On testing for robustness...

So there are few, but one of them which is quite important, I haven’t really got much of a name for it but have seen it referred to as BRAC test - Build Rebuild And Compare. What it does is, if you have a strategy you are interested in, you run it, say over a 10-year period, so run it almost at random 1-year periods within that 10-year period and for each of those 1-year periods you get a certain result.

And you will end up, the more you do that, with a distribution of results, for example a P&L distribution from all the different 1-year periods. You’re not just starting from year 0 to year 1 and 1 to 2 etc but start at random points in your 10-year cycle. What happens is you end up with that P&L distribution, and this distribution has a mean that is usually a bit smaller. There will be a shortfall between that and the overall mean of the strategy that you’ve been running over the whole 10-year period. 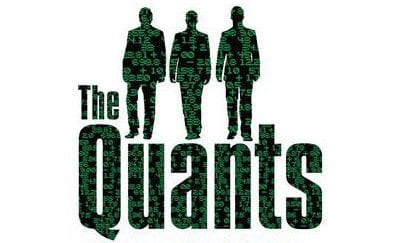 Book Club: Inside the Black Box