Day in the Life
by Hannah Langworth

Being prepared is critical to success in trading. If you just rely on spontaneity and reacting to things as they happen, you probably won’t be able to react quickly enough and will make poor decisions.Anthony Cheung

Anthony Cheung is a director and head of market analysis at trading, education and technology business Amplify Trading.

In line with Amplify’s focus on macro, top-down analysis, he provides events-driven political and economic guidance to the firm’s team of traders, who work with key equity indices, commodities, government bonds and forex.

Cheung also offers psychological guidance, drawn from his years of experience of working with financial markets.

I act for traders as the voice of what’s going on in the markets. I’ve got to be on top of quite a few different things, which is why my job exists. To do this and trade, you would be doing each a disservice.

When you watch Sky News or BBC News you have a big breaking news headline, but for me it’s not breaking news. Because we talk to journalists in Westminster, track Twitter activity, see what’s being shared on Periscope and so on, so we often already know about it.

I find it quite an empowering position to be one of the first people in the world to find something out. When you’re seeing things that no-one else is seeing, or are the first to see things, it’s exciting.

I have a baby so I’m never really asleep! I get up at about 6am.

By now I’m on the train and already looking at Twitter, which is a phenomenal source of information. It’s such an efficient form of capturing news quickly because you’re only getting the news that you’ve chosen to follow and eliminating any unnecessary noise.

I look at Twitter for about twenty minutes and then the Bloomberg website, the Reuters website, and the FT. All of that only takes me about 15 minutes, and the reason I can do that relatively quickly is that I know what I’m looking for.

This is anything against current expectations. If Apple is releasing a new phone, I get a snippet of information about demand in Asia. That might give me a heads-up about whether or not they’ll exceed or miss a particular benchmark that the market is expecting.

In politics, it could be what Boris’s latest stance on Brexit is and whether that increases the risk of no-deal, which means the pound needs to fall to reflect that new risk. You’ve got to be on top of quite a few different things.

I generally don’t eat breakfast. I’ll just have a coffee.

Once I get into the office I prepare a couple of different news and research reports that might be relevant to our traders, which are distributed at 7.30am.

Next I do a live broadcast to all of our traders, talking for about half an hour about what’s happening today and what our analysis is of it.

Then, because our traders have a variety of different levels of experience, they will be asking various questions. Brexit especially can be quite confusing because Parliamentary law is so archaic and not many people really understand it – it takes me time to do so.

At this point the market starts to die down, because most of the UK and European data has come out, all of the major news from the morning has been reacted to, and all of the big financial institutions have executed their orders.

The Americans start to come into the market, so we go over the whole process I went through earlier in the morning again. This is because Americans, even though they might be looking at the same news, can often have a different interpretation of it.

It’s very important for our traders to understand the transition, because it means their markets might move slightly differently in the afternoon, and for that reason it dominates the midday period.

I always have lunch at my desk, and even though I’m 36-years-old, I still take a packed lunch to work every day.

Everyone takes the mickey out of me for my sandwiches because I have the the most boring fillings you can imagine, things like corned beef. I’m very traditional. I don’t eat anything else, but I usually have another coffee.

I’ll often pop out perhaps with some more senior traders for a walk and we’ll talk about some market stuff and also about how the traders are getting on in general.

Part of my job is to oversee the trading division, so I’m always quite concerned about how the traders are improving, how they’re reacting to risk, and if there are any areas where they need extra tuition.

After that I might have some conversations with more junior traders, because they’re the ones that need the most direction. I often let the more senior traders talk to them about the technicalities, but they like to talk to me about their feelings, how they’re dealing with pressure – more the mindset side of trading coaching.

There is often major data coming out of the US at 1.30pm (and 3pm), so I fit my meetings with traders around these events.

The New York Stock Exchange opens at this point, so I’ll dedicate myself to looking at markets for another hour, because the traders need me to be watching things.

Towards the end of the day I’ll probably catch up with our marketing team, sales team, and the founders of the company. We try to keep each other informed of what’s going on, and we might also brainstorm new ideas.

I don’t have a break in the afternoon in a traditional sense, but being in meetings is a different intensity of work to my work in the morning when I’m responding to the market second-by-second. So for me the afternoon is an easing off the gas a little bit.

Towards the end of the day I’ll prepare for the next day. I’ll look at market-relevant events scheduled, especially what I think is going to be the most meaningful event.

If there is going to be a parliamentary hearing, I’ll talk to one of my political journalist friends because they will know the situation inside out. Then I might read some bank research reports, and look at BBC News, Bloomberg, and the FT.

Being prepared is critical to success in trading. If you just rely on spontaneity and reacting to things as they happen, you probably won’t be able to react quickly enough and will make poor decisions.

I might continue my research on the train home, and I also like to listen to audiobooks. I’m currently going through 21 Lessons for the 21st Century by Yuval Noah Harari, who wrote Sapiens.

At the moment I’m also particularly into books about geopolitics. I find I’m so much more on top of things at work by learning the modern history of the countries I monitor. How the current trade war is a repetition of what we’ve had in the past, understanding what China’s ambitions are for the long-term – all of these are addressed in these kinds of books.

When I get home, I feed my daughter, then bath her and put her to bed.

Next my wife and I catch up over dinner. I’m very blessed because she is the most incredible cook – I’m boring with my lunchtime sandwiches because every day I go home to a new culinary creation. We eat a lot of Asian food, so she might make something Vietnamese or Thai, or even her own sushi.

Because we’re quite into food, we’ll be eating and talking for an hour to an hour and a half. After that, we might watch some TV.

I go to bed at about 11pm, not too early. As long as I’ve had six to seven hours of sleep I’m pretty happy. 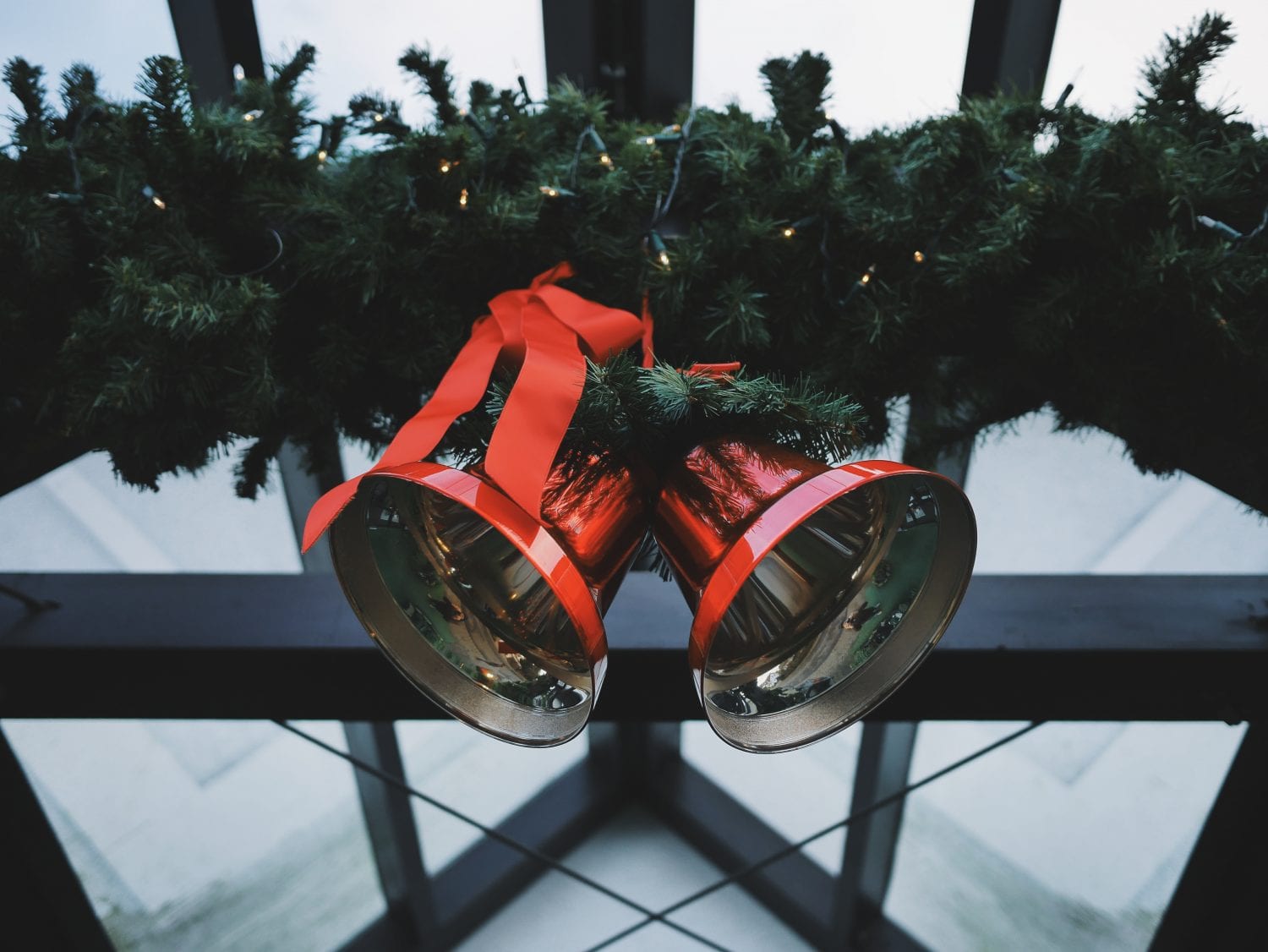 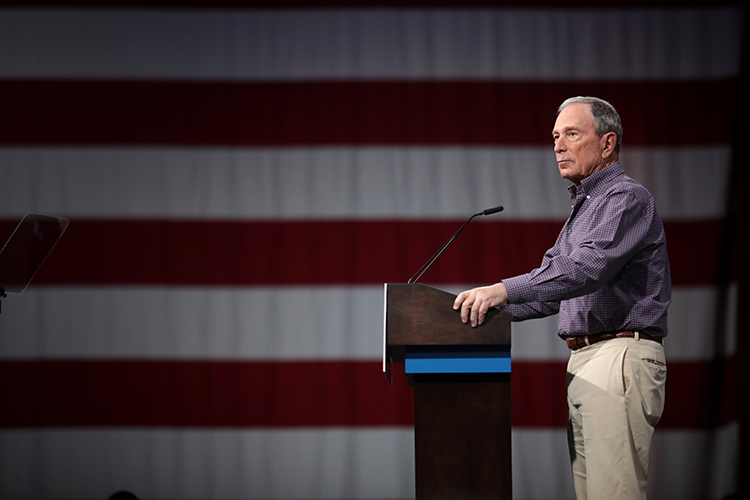