Home›Culture›Books›What is Bitcoin Good For?

What is Bitcoin Good For?

This is an edited extract from The Bitcoin Standard: The Decentralized Alternative to Central Banking by Saifedean Ammous (Wiley, June 2018).

Traditionally, gold was the medium of settlement of payments and store of value worldwide. The inability of any party to expand its supply in any significant quantities made it so. Its value was earned on the free market, and not a liability of anyone else. 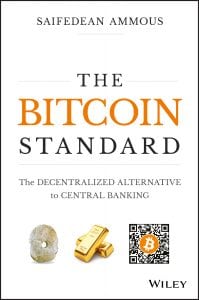 As the scope of communication and travel grew larger in the nineteenth century, requiring financial transactions over longer distances, gold moved out of people’s hands and into the vaults of banks, and eventually, central banks. Under a gold standard, people held paper receipts in gold or wrote checks for it that cleared without physical gold having to be physically moved, vastly improving the speed and efficiency of global trade.

As governments confiscated gold and issued their own money, it was no longer possible for global settlements between individuals and banks to be done with gold, and instead they were conducted with national currencies fluctuating in value, creating significant problems for international trade. The invention of Bitcoin has created, from the ground up, a new independent alternative mechanism for international settlement that does not rely on any intermediary and can operate entirely separate from the existing financial infrastructure.

The ability of any individual to run a Bitcoin node and send his own money without permission from anyone, and without having to expose his identity, is a noteworthy difference between gold and Bitcoin. Bitcoin does not have to be stored on a computer; the private key to a person’s bitcoin hoard is a string of characters or a string of words the person remembers. It is far easier to move around with a Bitcoin private key than with a hoard of gold, and far easier to send it across the world without having to risk it getting stolen or confiscated.

Whereas governments confiscated people’s gold savings and forced them to trade with money supposedly backed by that gold, people are able to keep the bulk of their Bitcoin savings in storage away from government’s hands and only use smaller amounts to transact through intermediaries. The very nature of the Bitcoin technology puts governments at a severe disadvantage compared to all other forms of money and thus makes confiscation much harder.

Further, the ability of Bitcoin holders to track all holdings of Bitcoin on its blockchain makes it extremely impractical for any authority to play the role of a lender of last resort for banks dealing with Bitcoin. Even in the heyday of the international gold standard, money was redeemable in gold, but central banks rarely had enough to cover the entire supply of currency they introduced, and thus always had a margin for increasing the supply of paper to back up the currency. This is much harder with Bitcoin, which brings cryptographic digital certainty to accounting and can help expose banks engaging in fractional reserve banking.

The future use of Bitcoin for small payments will likely not be carried out over the distributed ledger, but through second layers. Bitcoin can be seen as the new emerging reserve currency for online transactions, where the online equivalent of banks will issue Bitcoin-backed tokens to users while keeping their hoard of Bitcoins in cold storage, with each individual being able to audit in real time the holdings of the intermediary, and with online verification and reputation systems able to verify that no inflation is taking place. This would allow an infinite number of transactions to be carried out online without having to pay the high transaction fees for on-chain transactions.

Bitcoin’s advantage is that by bringing the finality of cash settlement to the digital world, it has created the fastest method for final settlement of large payments across long distances and national borders.

As Bitcoin continues to evolve in the direction of having a higher market value with higher transaction fees, it starts to look more and more like a reserve currency than a currency for everyday trading and transactions. Even at the time of writing, with Bitcoin at a relatively small level of public adoption, the majority of Bitcoin transactions are not recorded on-chain, but occur in exchanges and various types of Bitcoin-based online platforms such as gambling and casino websites. These businesses will credit or debit bitcoins to their customers on their own internal records and then only make transactions on the Bitcoin network when customers deposit or withdraw funds.

By virtue of being digital cash, Bitcoin’s comparative advantage may not lie in replacing cash payments, but rather in allowing for cash payments to be carried out over long distances. Payments in person, for small amounts, can be conducted in a wide variety of options: physical cash, barter, favors, credit cards, bank checks, and so on. Current state-of-the-art technology in payment settlements has already introduced a wide array of options for settling small-scale payments with very little cost.

This is an edited extract from The Bitcoin Standard: The Decentralized Alternative to Central Banking by Saifedean Ammous (Wiley, June 2018). 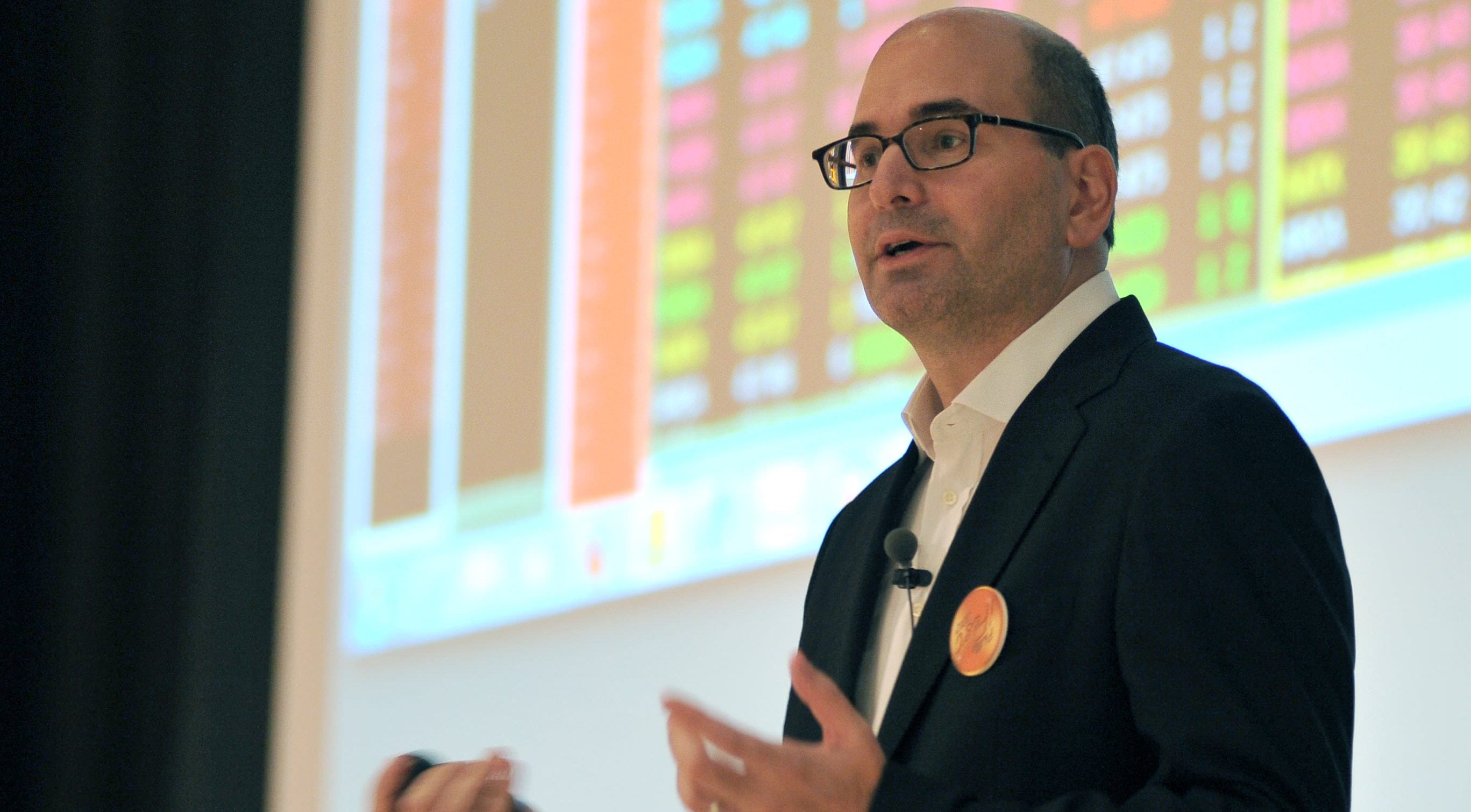 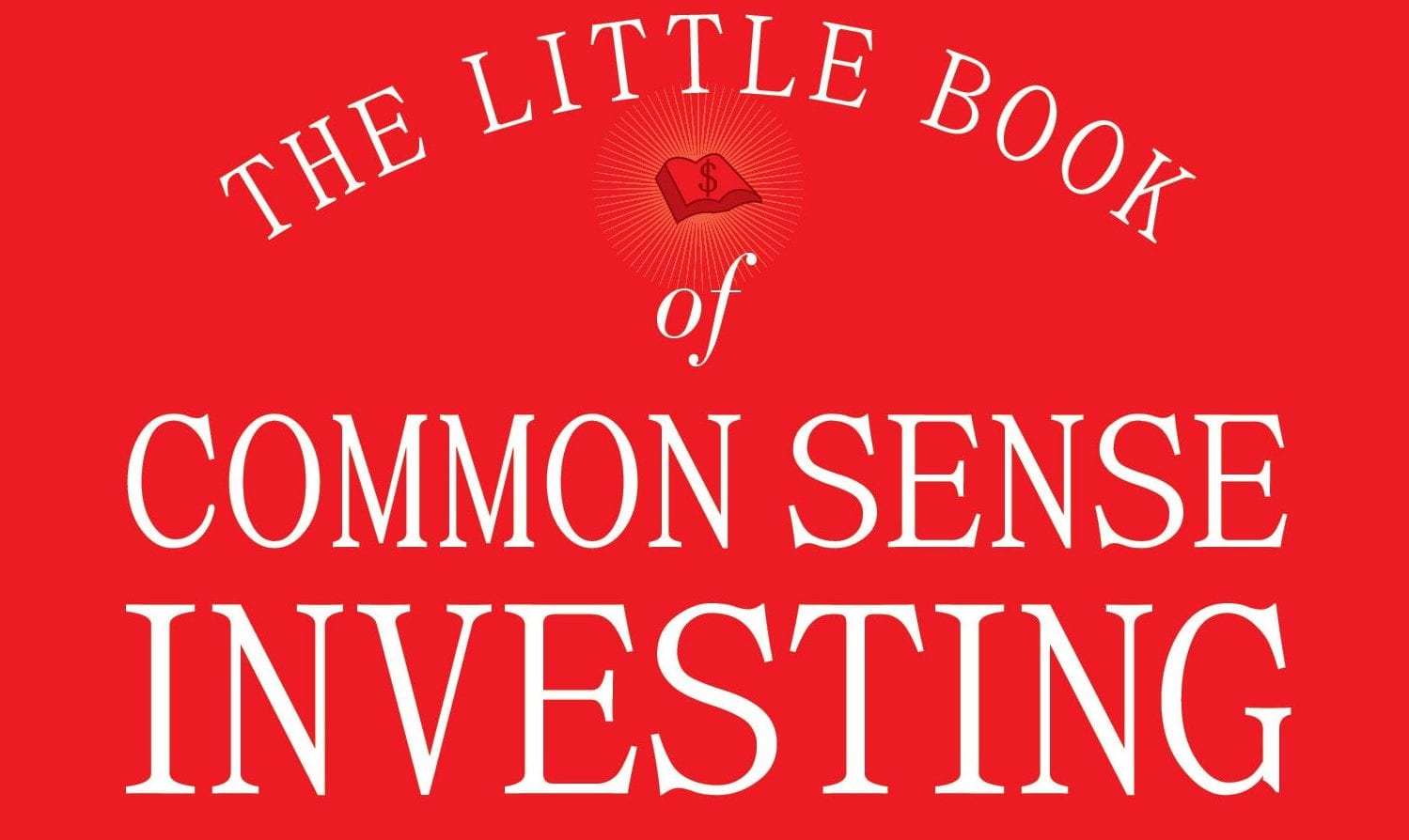