Let's face it, traders and bars go together like milk and cookies. What's more, they have done since trading's very early days too.

Should anyone still need convincing, here's our rundown of five of the world's most famous trading haunts, from New York to Mumbai, and beginning way back in the 17th century up to today's favoured drinking holes...

This establishment was founded in 1680 by a Jonathan Miles and located on Change Alley in the heart of the City. It quickly became a trading haunt when stockbrokers, who had been banned from the nearby Royal Exchange for being too rowdy, began to meet here.

Jonathan’s displayed information relating to ships arriving in and leaving London, then asset prices and exchange rates. Soon it became a popular place to buy and sell stocks and other financial assets, and share information. 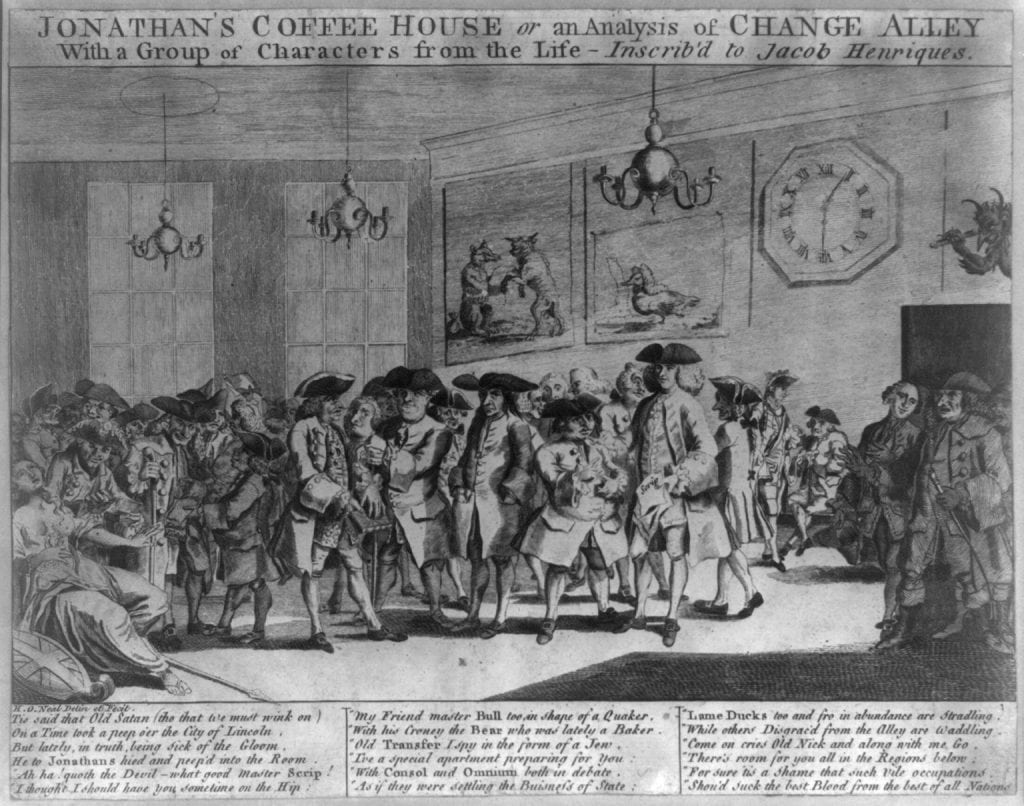 It witnessed key events in the early history of trading, most significantly the South Sea Bubble of 1720, which saw many traders lose most of their assets.

Further disaster struck in 1748, when Jonathan’s burnt down. A replacement was quickly re-established in new premises, however, and was soon combined with London’s livestock market – known as the “stocks exchange”. This was the beginning of the London Stock Exchange, one of the world’s first financial markets of this kind.

In 1792, a group of 24 Manhattan stockbrokers met outside 68 Wall Street under an American sycamore, a variety also known as a buttonwood tree. Here they signed a contract to regulate trading in shares, bonds and other securities in the city of New York.

They agreed to only deal with each other and that they would all charge a fixed 0.25 per cent rate of commission. Some trading took place here too. 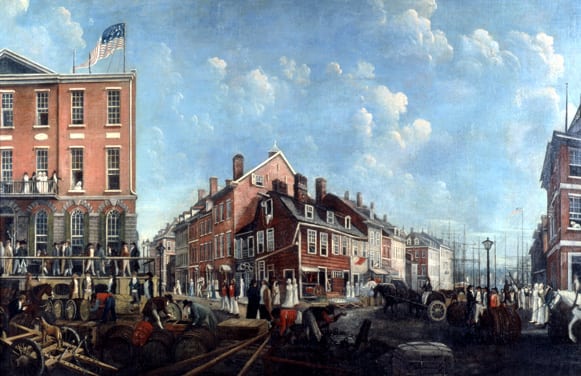 Business soon moved on from this shady spot, however. The Tontine Coffee House, founded in 1793 and located at the intersection of Wall Street and Water Street, established itself as the new place to go in New York for all things trading-related. Eventually, this trading club would become the New York Stock Exchange.

Though it has long since been felled, the tree where organised US trading started was not forgotten. It lived on for many years in the name of the Economist’s financial markets column: “Buttonwood” – but this too sadly met the axe last month.

Singapore’s Harry’s Bar is located on picturesque Boat Quay, where traders in the Asian financial capital go to cool off at the end of the working day.

The bar has a particular association, however, with one trader in particular. Legend has it that Nick Leeson used to drink there during his time in the city in the years leading up the collapse of Barings Bank that his actions helped to cause. 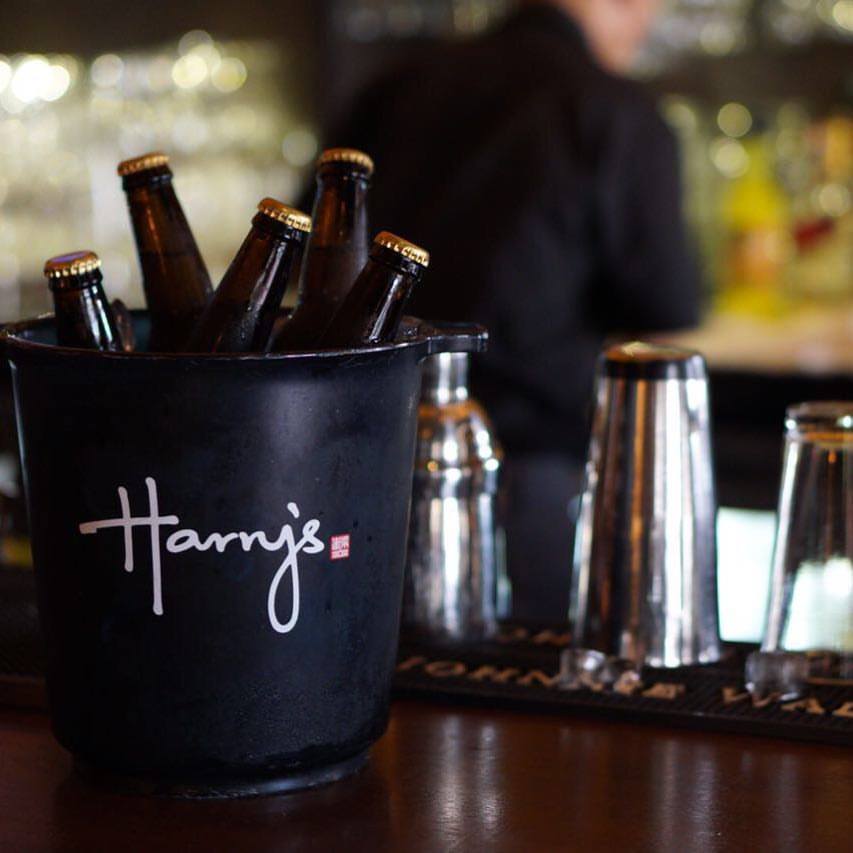 According to the BBC, the bar held a “Flight of Freedom” party on the night of Leeson’s release from Changi Prison in 1999. This included staff wearing T-shirts reading “Leeson Learns His Lesson”, and two hours of free beer for everyone. To this day, customers at Harry’s can enjoy a “Bank Breaker” cocktail, a colourful-sounding mix of whisky, midori, and soda water.

Leeson told a Singapore magazine at the end of last year, however, that during his time in the city he rarely went to Harry’s.

The bars in this Mumbai chain are examples of a number of watering holes across the world that allow you to keep trading even when you’re buying your post-work drinks.

As on the financial markets, prices here fluctuate in relation to market demand. This means you could score a bargain bottle of obscure wine, or pay more than average if you’re after a brand of gin that everyone wants. 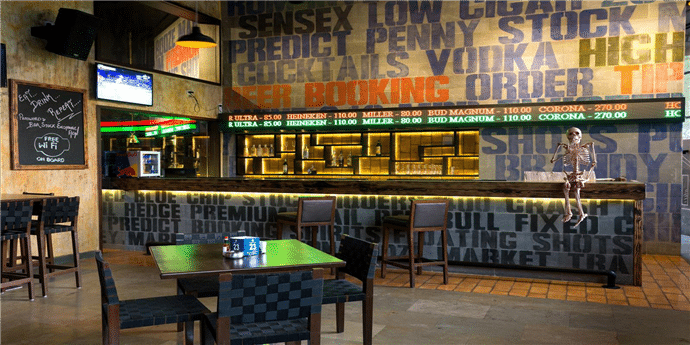 Some bars using this system have even considered a “futures market”, which would allow you to lock in the price of drinks purchases in advance. As traders will realise, there are of course risks involved in this. “[By Saturday], the oodles of tequila shots that seemed like such a brilliant idea on Tuesday may no longer hold the same appeal,” pointed out one journalist in a bar review.

The real risk, however, is that once you’re a few drinks in, your ability to execute even the simplest trading strategy is likely to be somewhat impaired.

New York’s The Grill, in a historic set of rooms in Midtown’s Seagram Building, was hailed by Bloomberg on its April 2017 opening as the city’s “most important” new restaurant. The Grill then made it into a list of the top five New York restaurants in a year-end poll of Bloomberg Terminal users.

Calling itself a “historically based American chophouse”, the restaurant mainly serves up classic and modern meaty delights, including honey mustard duckling, Amish ham steak, and filet mignon. Cocktails on offer include a Fogcutter, a Lion’s Tail, and a entire separate menu of martinis. 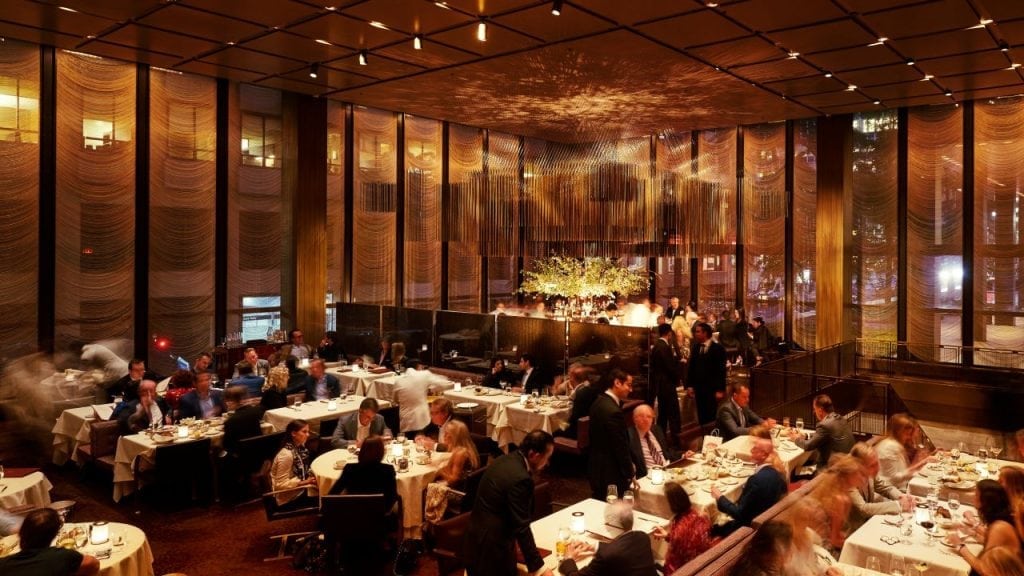 If you’re lucky enough to eat and drink here, you’ll also be able to take in the restaurant’s beautiful vintage interior. Its French walnut walls were crafted from a single tree, and the mid-twentieth century artwork is the kind you’d normally find in a museum.

However the new managers have added some fresh touches, including what they claim are the world’s most expensive steak knives.

Have we missed a favourite trading haunt of yours from our list? Get in touch to let us know on Twitter @_TraderLife_ 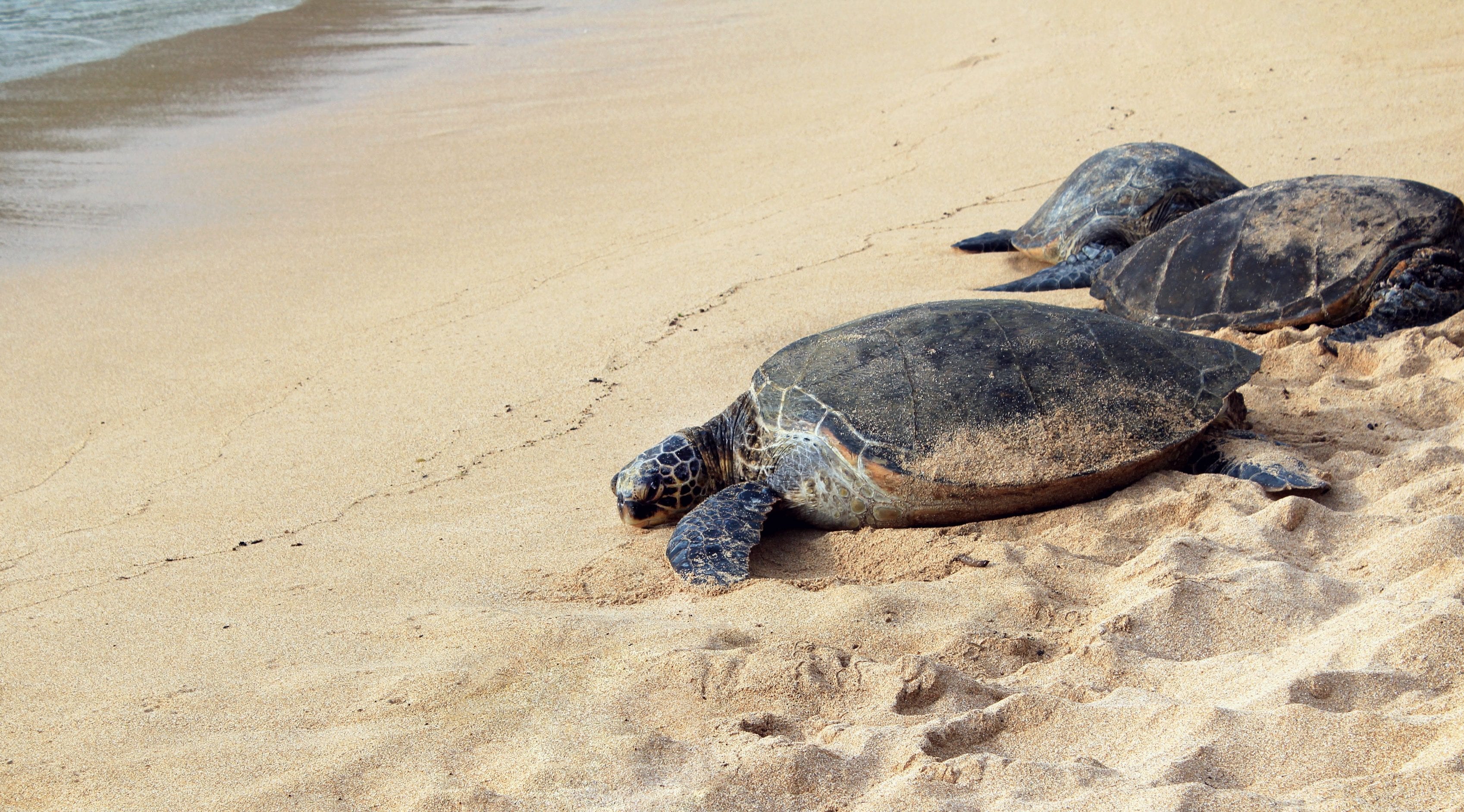 The Amazing Story of Richard Dennis and ... 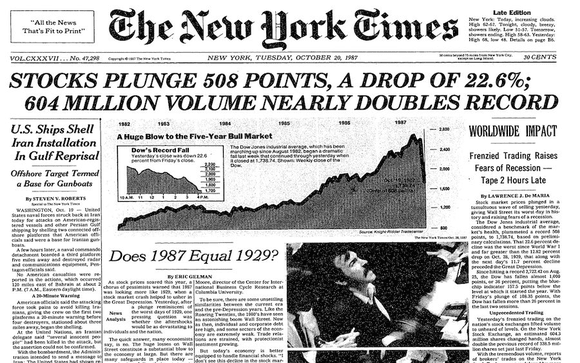