Don't be dismayed by the dark nights and make sure to avoid the onset of SAD (seasonal affective disorder) by planning your next trip.

Fortunately, 2018 promises to be an excellent year for travel, particularly those of you prepared to put the air miles in. So, for inspiration on those long and tough days in front of the trading screen, we've put together a list of the best long haul travel destinations for next year, and why you should consider visiting them (in addition to the endless G&T on the plane, of course...).

Nevada's famous city Reno is celebrating its 150th birthday, meaning the year will see a whole programme of sesquicentennial celebrations and events. Often overshadowed by the bright lights of Las Vegas, Nevada’s northern city, coined the ‘biggest little city in the world’, is undergoing a massive urban renaissance, particularly in its Downtown Arts District.

As well as a burgeoning arts and food scene, Reno is a haven for adventurers, and is now referred to as the Adventure Capital of America, thanks to its proximity to Lake Tahoe and its surrounding ski resorts. The Truckee River runs right through the town, and is fantastic for kayaking, whilst the Whitney Peak Hotel in the heart of Downtown has the world’s tallest climbing wall (164 feet) scaling the hotel’s exterior. 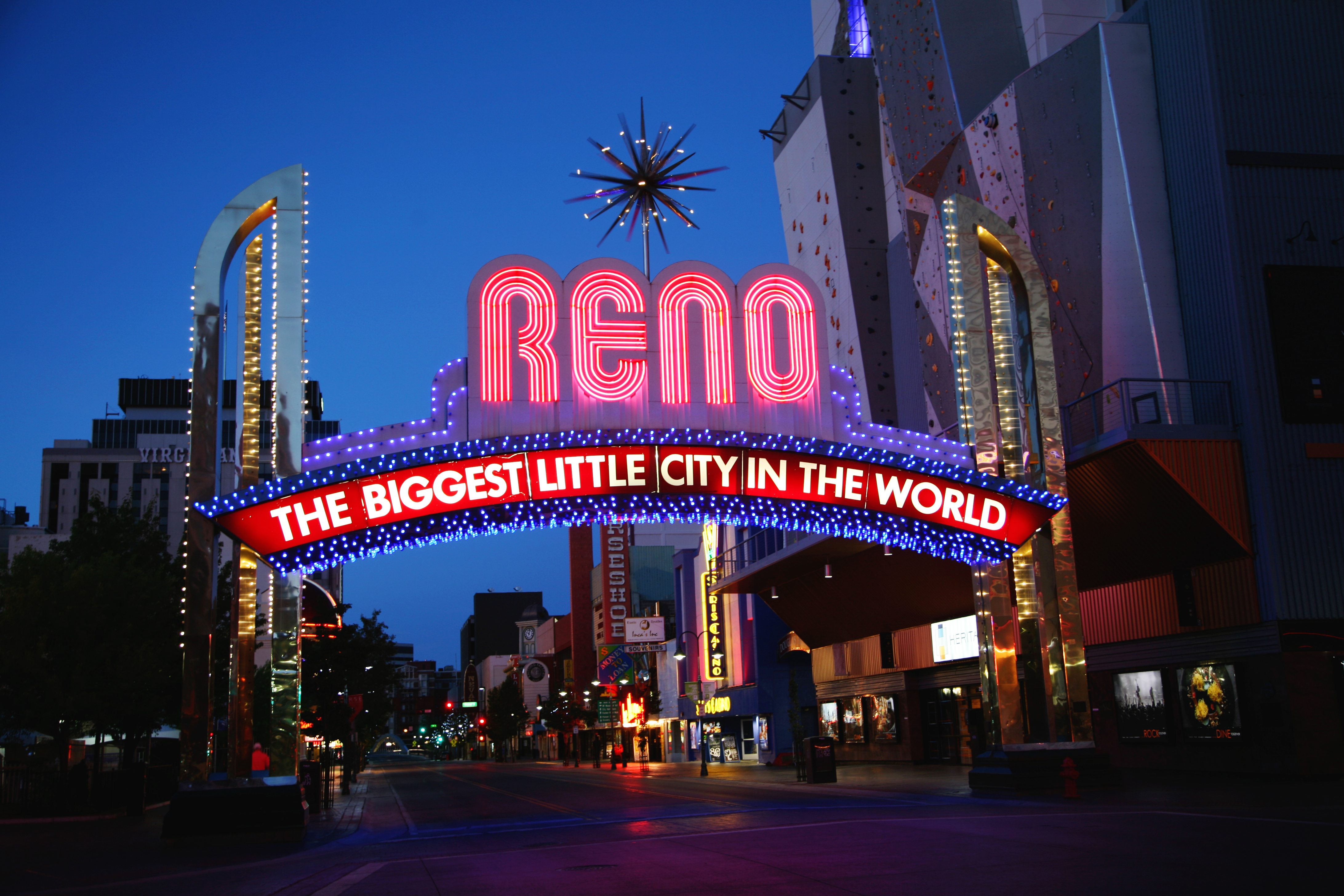 2018 marks 50 years since Mauritius proclaimed independence from the UK, and plenty celebrations are planned across the island, including ceremonies, live music and performances on the national day, 12th March.

As part of wider celebrations throughout the year, visitors can explore all four corners of the island; from the bustling and vibrant city of Port Louis in the north to the Chamarel Seven Coloured Earths and beautiful site of Le Morne Brabant in the south. The cultural and historical aspects of the island will really come to life during these celebrations and visitors will be able to see what a melting pot of cultures Mauritius really is

Known as Australia’s playground for entertainment and adventure, the Gold Coast is stepping into the international spotlight, as it gears up to host the Commonwealth Games in 2018. There's more to the Gold Coast other than sun and sand, so much so we've already produced a TraderLife Guide to the place, which you can read below...

Next year Bahrain’s second largest island, Muhurraq, will be crowned the Arab region’s Islamic Cultural Capital 2018. Muhuuraq was once the grand capital of Bahrain and the centre of the world’s pearl trade. The appointment is in honour of the conservation work being done on the island, particularly on the UNESCO World Heritage Pearling Trail. The trail earned UNESCO World Heritage status four years ago and encompasses 17 listed buildings, including a fortress, residences of wealthy merchants and a mosque.

It is the last remaining complete example of the 4,000 years old cultural tradition of pearling and the wealth it generated for the Gulf economy. The trail is due to be completed in time for 2018 and its opening will be accompanied by a range of celebratory events throughout the island kingdom.

Le Boat, Europe’s largest self-drive boating company, will be launching the company’s first North American base of operations in 2018 on Ontario’s historic Rideau Canal. Visitors will hop aboard their new vessel in the picturesque town of Smiths Falls, where a fleet of 16 state-of-the-art Horizon cruisers will be awaiting.

Le Boat proposes to expand its operations to 32 cruises over the next five years. Booking is open for the Ontario programme, with the boating season officially launching in May 2018 and running through to October each year. These vessels are equipped with bow and stern thrusters for easy manoeuvring as well as being completely bumpered for safety.

Unlike conventional cruises, Le Boat allows its guests to follow a suggested itinerary which lets them to visit the towns and attractions that interest them most on a particular route. 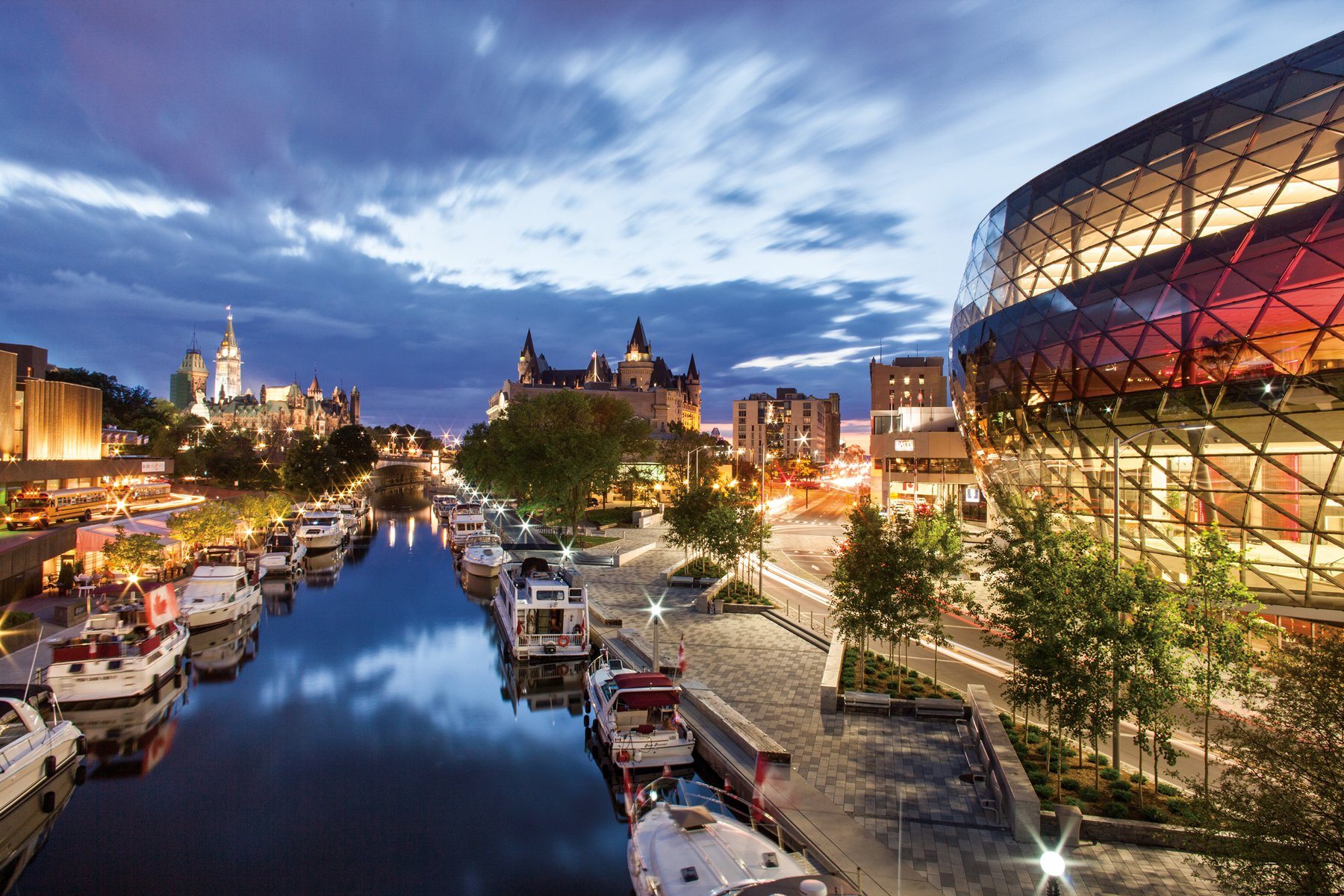 For most people, the thought of New York likely conjures up images of Times Square, the Empire State Building and the Rockefeller Centre, burned into our collective memory by movies, television shows and photographs. But by the end of 2017/early 2018, the beating heart of Manhattan is set to see the opening of three brand new major landmark attractions as well as further exciting new hotel development.

In addition, this spring saw Midtown Manhattan welcome Firmdale Hotels’ hotly anticipated The Whitby, a new boutique bolthole designed by Kit Kemp and company. In September the ‘brashly experiential’ boutique hotel MOXY NYC Times Square will open, and in early 2018 the new Edition hotel will open in the heart of Times Square. Edition is a unique concept in the lifestyle hotel space conceived by Ian Schrager and Marriott International.

After the huge success of the first Paddington film in 2014, November 2017 marks the release of Paddington 2 in UK cinemas and the film will again star Hugh Bonneville, Hugh Grant and Ben Whishaw. The release of the second movie will come just ahead of the 60th anniversary of the book’s initial release, in 2018.

Michael Bond brought Paddington to life in 1958 with the book entitled: “A Bear Called Paddington”, now translated into 40 languages. Although Paddington lived in London he originally came from ‘darkest Peru’ where he was brought up by his Aunt Lucy. Paddington's fame spread quickly, and now over 35 million copies of the book have been sold worldwide, becoming the most beloved Peruvian for the generations of Britons who grew up reading about his adventures.

The Paddington 2 film release and 60th anniversary of Paddington Bear in 2018 will undoubtedly put Peru and its spectacled bears into the spotlight. Largely known as the Andean bear, the species is the last remaining short-faced bear and the only surviving species of bear native to South America, primarily found in the Western Andean region. 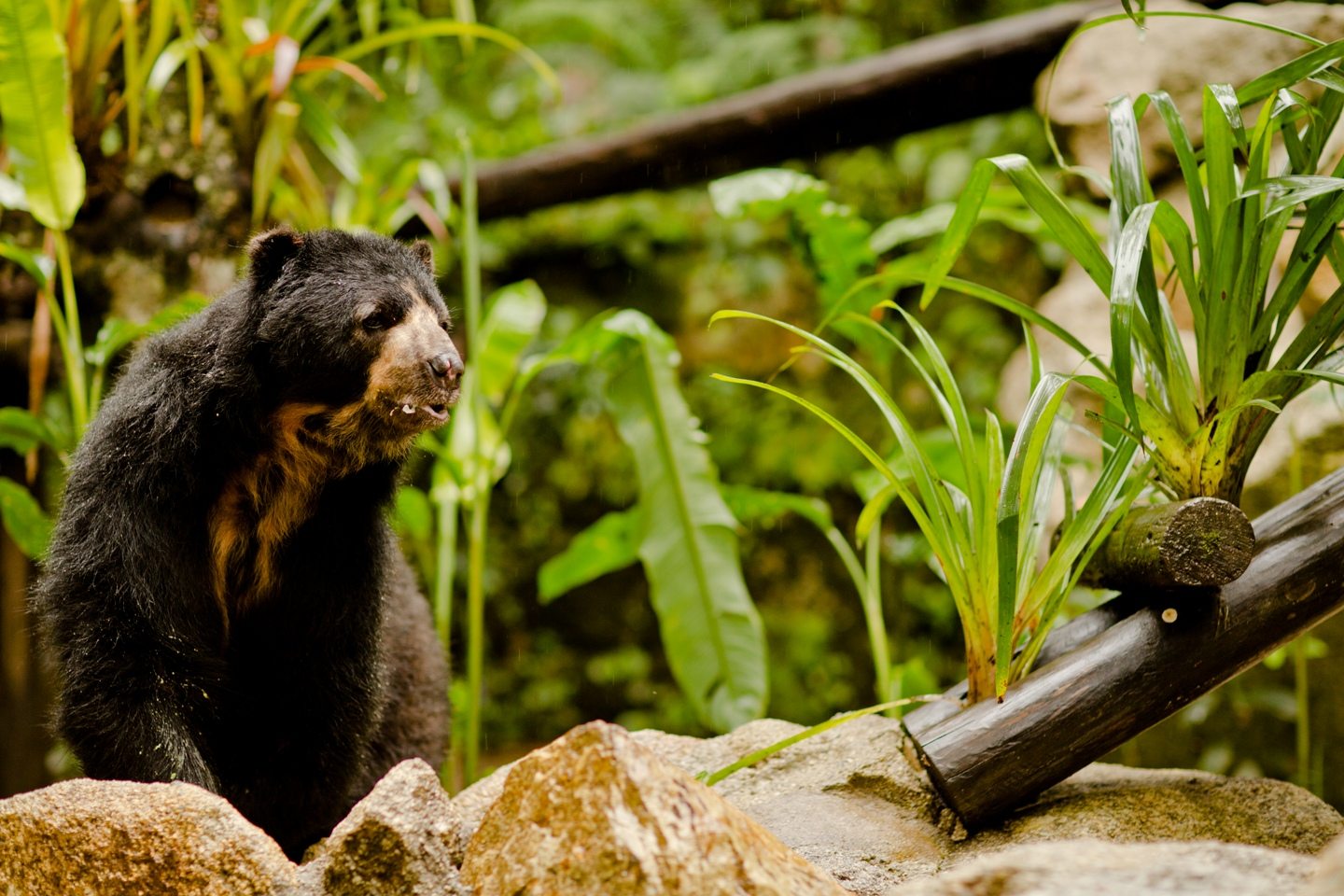 For our UK readers, this one is a little closer to home. 2020 marks the 400th anniversary of the sailing of the Mayflower Ship from Plymouth to Massachusetts and 27th November 2018 will mark the 400 day countdown to the event.

The Mayflower set sail in 1620 carrying the first English Puritans or ‘Separatists’ to America to set up a new community. The separatists hired the Mayflower to transport them from England to America, and on 16th September 1620, the ship departed the UK with up to 30 crew and 102 passengers on board, all hoping to start a new life on the other side of the Atlantic.

Having initially aimed to land in New Virginia, the ship was blown off course and instead arrived in Cape Harbour at what is now Provincetown, on 21st November 1620. The pilgrims later decided to depart Provincetown and on 26th December 1620 they arrived in Plymouth Bay, Massachusetts. This voyage therefore became an iconic story in UK and US history, and today, over 20 million US citizens are thought to be descended from the Mayflower Pilgrims.

The Mayflower 400 brings together 11 destinations in the UK which each have their own unique connection to the story. Ahead of the 400 day countdown on 27th November next year, both Plymouth (Devon) and Boston (Lincolnshire), two of the Mayflower destinations, will be putting on Illuminate events on Thanksgiving, 23rd November 2018, in the lead up to the big date. Each Illuminate event aims to bring the Mayflower story to life with light based artworks, workshops and a lantern parade, with the objective to ‘share the light’ and inspire a sense of unity between the UK and America. 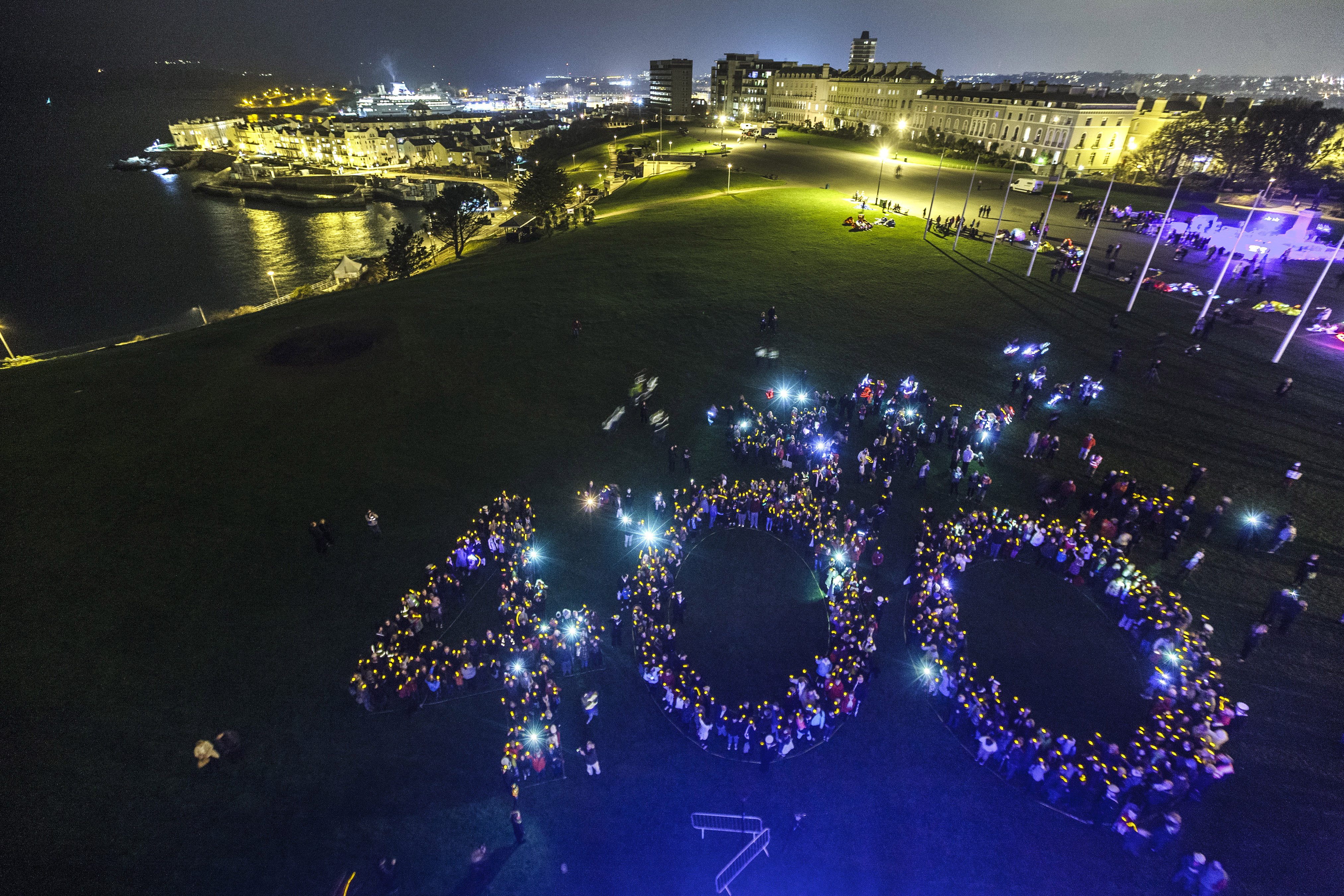 A portion of the Carretera Austral, considered one of Chile’s most ambitious infrastructure projects of the 20th century, is to be rebranded and extended in the 21st century as the new ‘Ruta de los Parques’ (‘Route of Parks’ - featured image at the top of the article) destined to become one of the most iconic routes for adventure travel in the world.

As a crucial first step towards uniting Chilean national parks, the route of parks will be 1,500 miles long and travel through a new network of 17 national parks which stretches from Hornopirén to the Beagle Channel. The new route follows the gifting of Parque Pumalín, a million-acre collection of untrammelled vistas and valleys, to the Chilean government by Kristine McDivitt Tompkins, former CEO of the clothing company Patagonia and her late husband Doug Tompkins, co-founder of the North Face and Esprit.

The Tompkins spent two decades buying land across the Patagonia region with the hope of saving the natural wilderness and their donation in March of this year was the world’s largest donation of privately held land. Following the donation Chile’s president, Michelle Bachelet, signed an agreement to join Pumalín with 10 million acres of federal land and create five new national parks which will be placed under strict environmental protection to be officially reclassified by the end of this year as the ‘Red de Parques de la Patagonia’ (‘Patagonia Parks Network’).

Will you be travelling to any of the above destinations in 2018? Let us know on Twitter @_TraderLife_ or tag us in your snaps on Instagram @_TraderLife_! 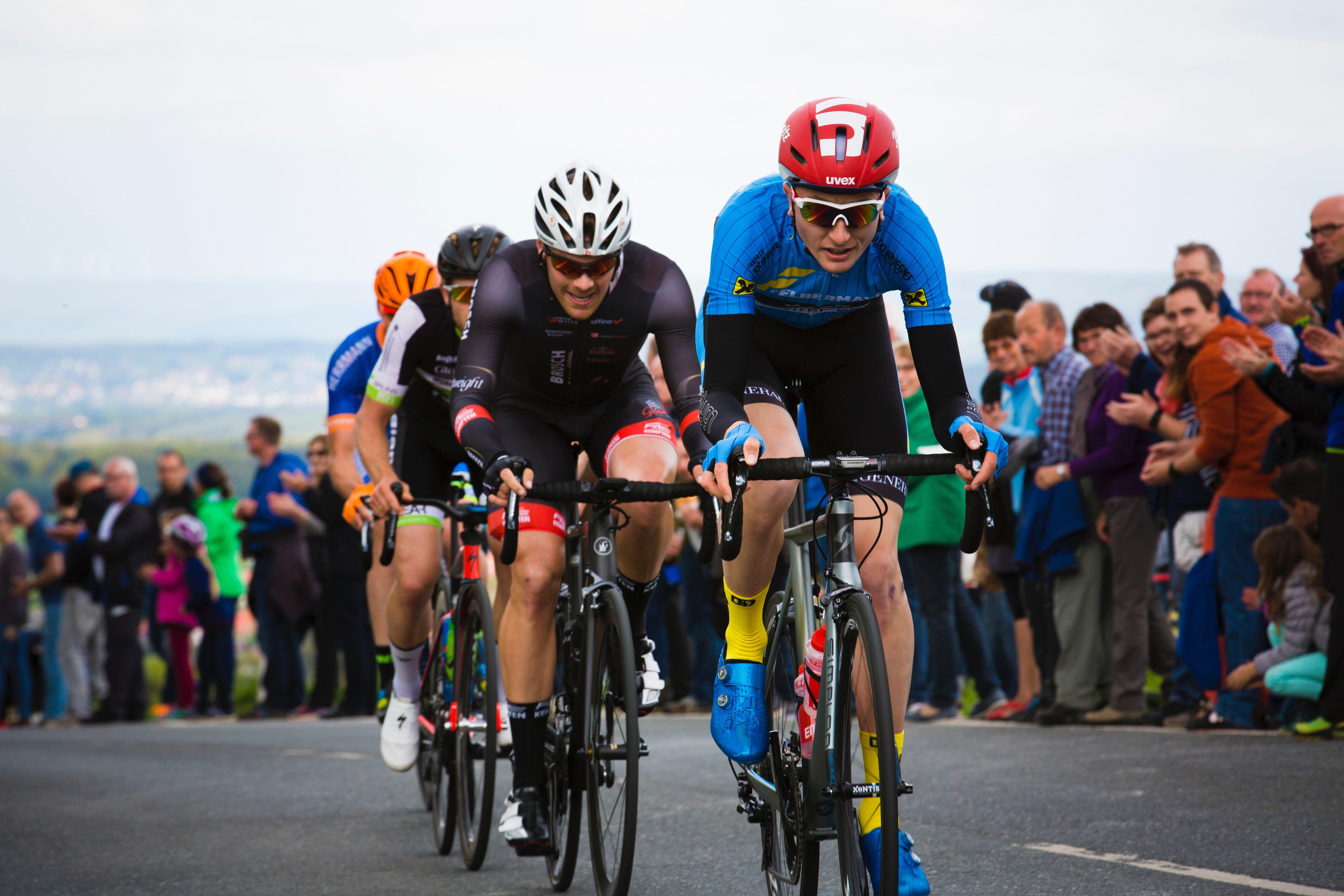 2018 Charity Events to Get Involved In 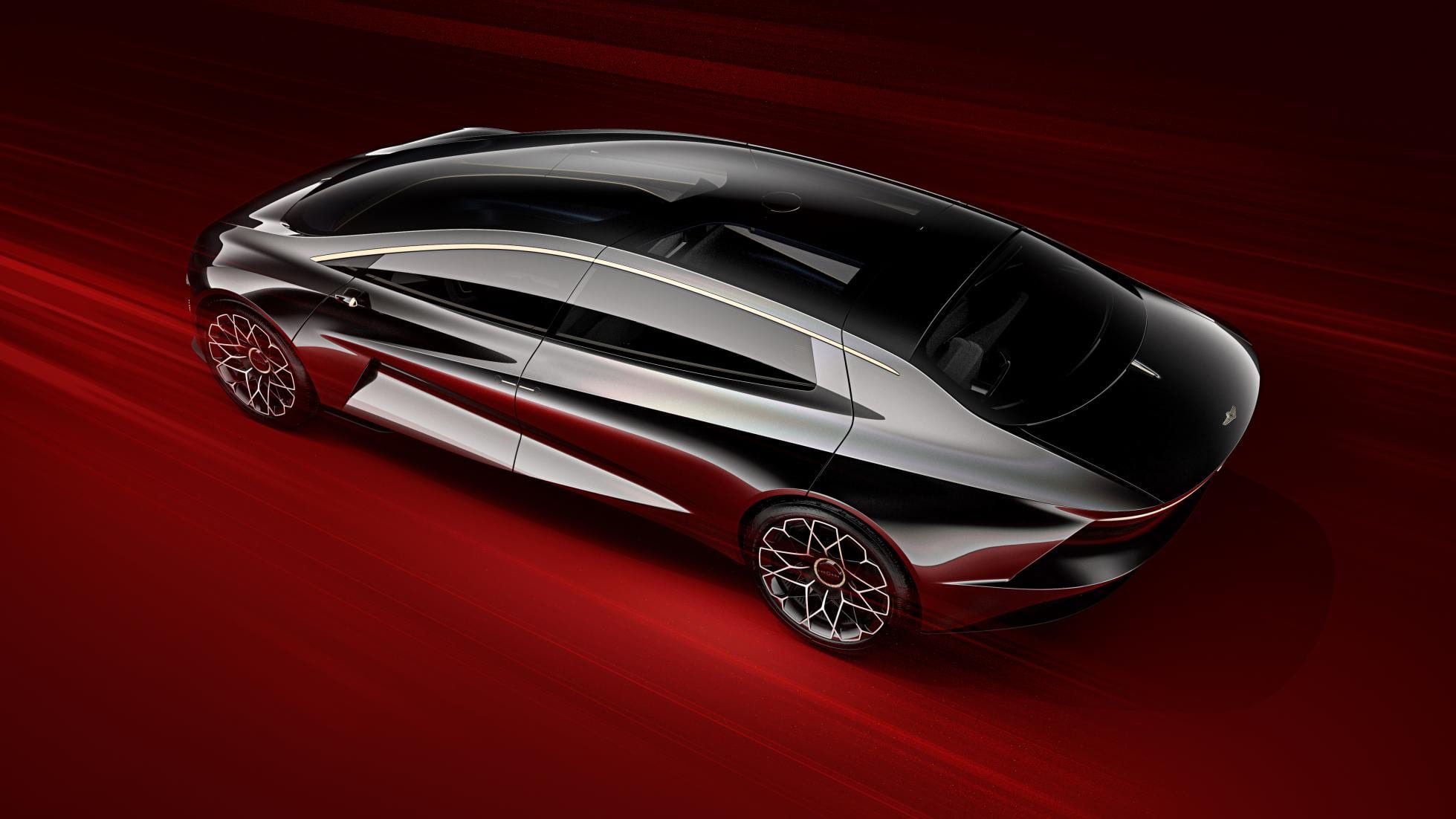 Best of the Geneva Motor Show 2018